How Does Crypto Gain Value? 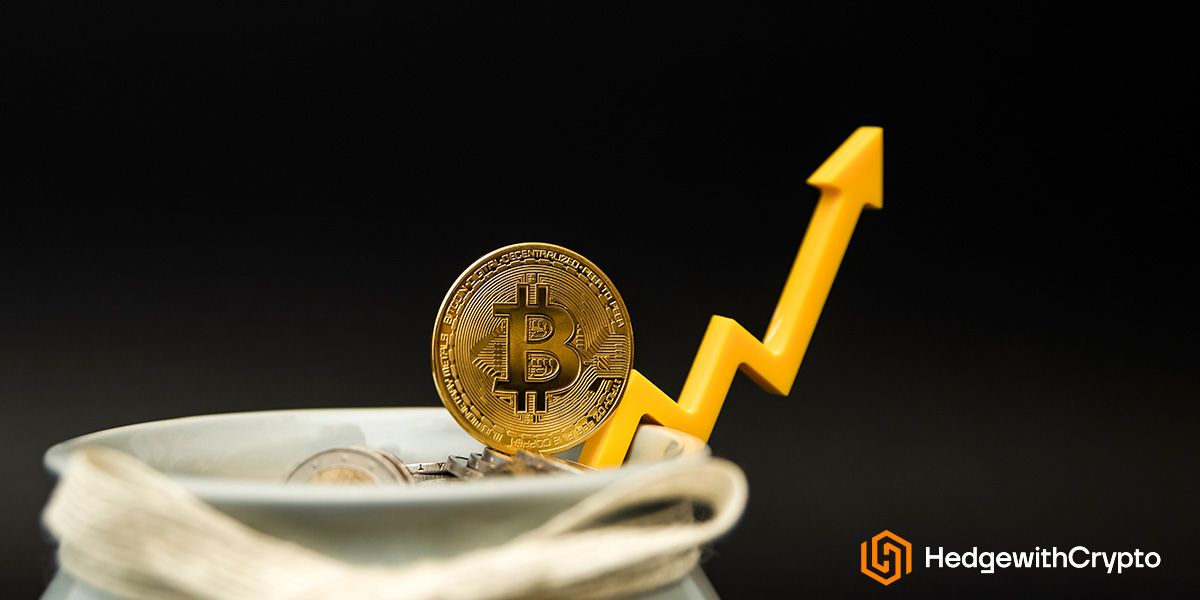 What Is A Cryptocurrency?
Where Does Crypto Get Its Value?
How Does Crypto Gain Value?
What Will Drive The Future Value of Crypto?
Conclusion

Cryptocurrencies are a relatively new asset class that does not have a long history of establishing value. Crypto assets aren’t like stocks or bonds where value is connected to a set of metrics such as company earnings, competent management, liabilities on the balance. These metrics are typically used to measure the value of traditional assets.

So how does a crypto gain value and see an improvement in price? This article will examine the basic supply and demand concepts behind cryptocurrencies and explain the major factors that influence how crypto can gain value.

What Is A Cryptocurrency?

Cryptocurrencies are digital tokens that use cryptographic proof to validate transactions between two parties that take place on a public ledger known as a blockchain. These tokens, or coins, can be used to pay for goods and services as well as stored for use later. Cryptocurrencies such as Bitcoin aren’t controlled by central authorities like banks or Governments. They are decentralized and have the potential to get rid of intermediaries, allowing its owners to directly work with someone else.

Where Does Crypto Get Its Value?

Like traditional fiat currency, cryptocurrency obtain its value through community adoption and imbalances to the supply and demand relationship. For instance, if more people want to own crypto than the available supply, this will increase the demand for the asset and drive up the price. On the contrary, if there is a higher supply and fewer people that see value in the cryptocurrency, the value of the asset will decrease. The value of crypto is often expressed in terms of their relative value to fiat currencies like the U.S. dollar or Bitcoin (in satoshi's).

How Does Crypto Gain Value?

Several factors that play a role in measuring the value of a cryptocurrency. The top reasons that can cause crypto to gain value include higher demand within the community, a limited or scarce supply, price speculation, a higher number of supported exchanges and real-world benefits that lead to increased adoption.

The valuation of any asset is largely driven by market forces which are supply and demand. The basis of this theory comes down to the price of the cryptocurrency between willing buyers and sellers. The rule of thumb is, as the price of the asset increases, more people are willing to supply more and demand less which causes the price to fall and vice versa. For example, in the precious metals market, when the Gold price rises, miners will produce more units to sell at higher prices. The increased production creates additional supply in the market compared to the level of demand that puts pressure on prices.

In the case of cryptocurrencies, coins with a limited or decreasing supply tend to have a higher price evaluation. This is particularly true for Bitcoin, which has a fixed ceiling of 21 million coins. Moreover, the reducing supply after each Bitcoin halving event creates more demand for the asset that generally corresponds to higher prices. Unlike the precious metals market, when the price of Bitcoin increases, the number of Bitcoins rewarded after each block mined does not change, thus creating a supply shortage over time.

Another way for crypto to gain value is by creating scarcity. If fewer tokens are created or available to purchase, then they are more likely to have a higher value. For example, Bitcoin is designed with a cap in its protocol — 21 million tokens will be issued. As of the date of this writing, the total circulating supply of bitcoins is a little shy of 19 million. The last Bitcoin will be mined in 2140, however, the number of new Bitcoins released after each halving is reduced by 50% each time. As long as demand still exists, the cost of each Bitcoin is likely to be worth more as there is a limited number of Bitcoins to be obtained.

Related: What Is The Bitcoin Halving & How Does It Affect Prices?

Moreover, some cryptocurrency projects are designed to burn tokens from the circulating supply. These are considered deflationary cryptocurrencies. With burning, the coins are removed from circulation to create upward pressure on their perceived value by reducing supply. Examples of coins that are burned include Binance Coin (BNB) and Stella Lumens (XLM).

Price speculation can have an impact on how well a cryptocurrency performs on the market and to other coins. The market is largely driven by fear and greed and news events can trigger panic in the market. When people think that there’s a way to make a quick buck with a token, or when a cryptocurrency appears to be the next big thing, speculators can pile in and make the coin seem more valuable than it is. Whether that value stabilizes and the coin remains viable in the long-term, however, is a completely different proposition.

For example, the rumors that Elon Musk supported Dogecoin (including tweets he made that seemed to evangelize the crypto), as well as chatter that he would join the project caused the price of Dogecoin to jump. Furthermore, Elon has tweeted that Telsa will allow people to purchase merchandise using Dogecoin creating panic buying which drove up the price by over 30% in USD. Those who took profits after the surge in price came out ahead because the Dogecoin price subsequently dropped following the news.

Related: What is Dogecoin and is it worth investing in?

A cryptocurrency that is listed on more exchanges has a higher chance for investors to buy and sell it. The increased trading volume and subsequent volatility can attract further speculators to pile in. The best exchanges for crypto like Binance, KuCoin and FTX Exchange play a vital role in the monetary value of cryptocurrencies. Exchanges need to list or support the coin to enable beginners, professional investors, traders and institutions to buy and sell the coin. The more exchanges that list the coin will lead to higher trading volumes compared to a coin that is listed on a handful of platforms only.

For example, Bitcoin is the most popular asset on exchange and has a 24 hour trading volume of 16 Billion at the time of writing. By contrast, smaller coins may only be available on select exchanges, thus limiting access for some investors. For example, the native token of Bitmart exchange is listed on Bitmart only with a smaller 24 trading volume of 12 million. In short, the more exchanges that list a particular cryptocurrency have the potential to lead to greater trading volumes and entice price speculators to drive the price up.

There are thousands of cryptocurrencies, operating on different protocols that enable various use cases. Each coin is valued differently with Bitcoin being the most expensive per unit. A token that exists beyond its use case for speculation and is seen to provide greater benefit for an individual, community, business or between parties. This is a key aspect behind creating increasing adoption that can contribute to a higher evaluation in its perceived value.

For example, utility tokens such as Ethereum have given rise to an entire market of real-world applications that resulted in the price of Ether (ETH) increasing significantly. These include decentralized finance, lending and borrowing, non-fungible tokens (NFTs), building games, peer-to-peer exchanges and paying for goods and services. Furthermore, cryptocurrencies with real-world applications are likely to spread quickly and be adopted quicker in the industry which can lead to further investors supporting the project financially.

One of the biggest drivers of how crypto gains value is through adoption. A person that joins an exchange and purchases a cryptocurrency token has decided that there’s some value in that specific crypto. The more people who want to purchase that crypto, the higher the price will go due to the supply and demand equation. Additionally, if more users adopt a cryptocurrency for use in various transactions, it can potentially increase in value.

When users can adopt a coin as a medium of exchange or find other ways to use it to make money, it’s more likely to increase in value. The more people who buy into the coin, the higher the price is likely to go.

Different tactics are used to help attract users and investors to a specific coin. Some cryptos like Tezos can be staked to provide a return for holding the coins in a wallet. It’s also possible to earn more tokens by lending your crypto to others. For example, an Ethereum owner can decide to lend their coins to others to earn interest paid back in ETH.

What Will Drive The Future Value of Crypto?

Related: What are stablecoins & how do they work?

There are several factors that impact the value of a cryptocurrency today and in the future. Those that decide to buy tokens should consider what makes them potentially valuable and be aware that the price can fluctuate both ways. Awareness of these factors that can influence the price can be the difference between a profitable or losing portfolio.