Home
Bitcoin
Can You Mine Bitcoin Using Your Mobile Phone? 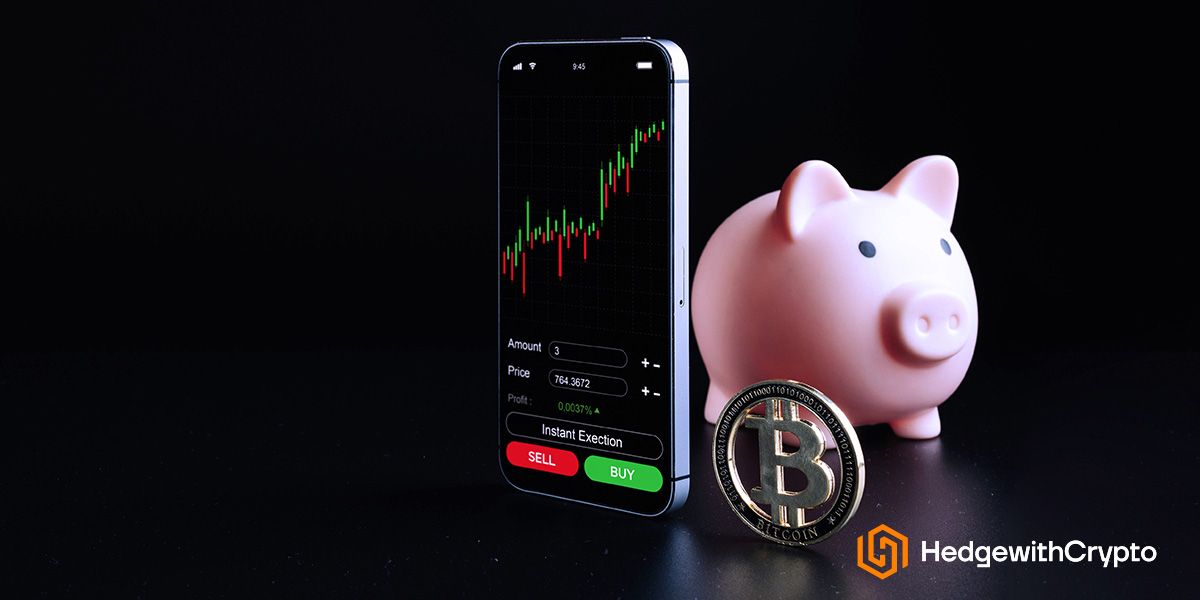 Mobile phones have advanced considerably over the past two decades. The majority of people now walk around with the equivalent of a computer in their pocket. This is why it is not unusual to wonder if these mobile devices can mine the world’s leading cryptocurrency, Bitcoin.

With the predicted price of Bitcoin to surpass six figures in the future, the concept of mining Bitcoin to earn BTC has become increasingly popular. But can individuals mine Bitcoin using a mobile phone and is it profitable? This article will explore the different ways to mine Bitcoin using an iPhone or Android device and the risks involved.

Can You Mine Bitcoin Using A Smart Phone?

It is possible to mine Bitcoin using a smartphone, however, miners need to be mindful of the amount of power required for the potential rewards received and risks such as malware, scams and damage to the phone. That is, mining Bitcoin through an iOS or Android device can be highly uneconomic due to the lack of processing power on mobile phones. Google Play Store and the Apple App Store have also restricted the distribution of crypto mining apps which limits the options down to cloud mining, learn-to-earn, or play-to-earn applications and manual mining.

How To Mine Bitcoin Using A Phone?

To mine Bitcoin using a mobile phone, follow these steps:

What Does Mining Bitcoin Mean?

Bitcoin mining is a core process behind how Bitcoins are created. The network uses a consensus mechanism called proof-of-work, where miners solve complex mathematical equations to verify and add new transactions to the blockchain. Solving these mathematical equations allows the miners to earn a reward 6.25 BTC per block. The greater the computing power to solve the equations, the increased chance of receiving the miner's reward.

Ways To Mine Bitcoin on a Phone

There are two types of applications grouped under the umbrella of ‘cloud mining’. The first are companies and organizations that allow users to lease hardware and, therefore, hash rate produced from an operational Bitcoin mining farm. Some of these organizations have mobile applications where users can monitor progress. By leasing hash rate and supporting a mining farm, users are rewarded with a share of all BTC block rewards.

The second type of cloud mining app often requires users to ‘check in’ to a server once every day or requires access to phone data, such as location services. For checking in or allowing access to data, users are rewarded with cryptocurrencies which can then be converted to Bitcoin. For either option, there should be no requirement for a phone to be connected to the internet at all times and there should be no need to keep an application open and running.

The second type of mobile application that allows users to earn either Bitcoin or other cryptocurrencies is grouped under the terms ‘learn-to-earn’ or ‘play-to-earn’. These applications come in a range of different packages but typically offer users the opportunity to earn cryptocurrencies by completing tasks or playing games.

Learn-to-earn or play-to-earn mobile apps for mining include:

For those that are technically minded and own an Android phone, a direct mining application can be manually ‘sideloaded’ onto a device. This process involves downloading and installing an APK package associated with an application that may have been previously removed from the Google Play store.

Although an option, this is not recommended by HedgewithCrypto due to the risks associated with sideloading applications and the capacity placed on the mobile device. Sideloading older applications can lead to malware and, ultimately, the power required to mine cryptocurrencies will excessively drain a phone’s battery and lead to burnout of the device.

Over the years, there have been several mobile apps developed specifically to mine digital cryptocurrencies. Unfortunately, these apps are now much harder to find due to the 2018 restrictions put in place by both Google’s Play Store and Apple’s App Store. As a consequence of the excessive power output required for mining operations, restrictions were introduced to maintain the performance of native devices.

All new mining apps must now pass either Google’s or Apple’s regulations. As a result, the majority of mining apps only allow users to either connect to an external cloud mining service or earn cryptocurrencies for completing minor tasks. Neither option directly mines Bitcoin but both processes are still typically referred to as ‘mining’ by mobile application developers.

Due to the restrictions on the iOS and Android marketplaces, these are the best ways to mine Bitcoin on a mobile device:

The hardware requirements for mining Bitcoin through a phone will depend upon the quality of the Bitcoin mining software application chosen. For cloud mining or learn-to-earn/play-to-earn options, standard smartphones will be able to handle most tasks and potentially generate a low, but steady, return.

Problems only begin to occur when a user wishes to participate in real blockchain-based mining. For mining Bitcoin or another cryptocurrency directly, a smartphone must be able to harness enough power that it can both mine and simultaneously serve all of the operations required from it by the owner.

What Are The Risks of Mining Bitcoin Using a Phone?

Mining Bitcoin with a phone should be carefully considered as there are several risks. To help decide whether mining Bitcoin via a phone is right for you, here is a brief list of the key risks involved:

Although the difficulty of mining Bitcoin has increased exponentially, it is still possible to earn BTC block rewards from a mobile device. As a result of the restrictions from both the Google Play and Apple App stores, users are now limited to either cloud mining, learn-to-earn, or play-to-earn applications.

For true Bitcoin mining, the only method available is to sideload an old application. However, this process is littered with risks and will likely damage a phone with time. For those looking to earn cryptocurrencies in an ‘almost’ passive way, we would recommend sticking with regulated mobile applications.

There are now multiple applications that allow users to earn extra income for completing small tasks or utilizing external cloud mining servers. Remember to thoroughly research the company behind the application and, if rewards are distributed in a cryptocurrency other than Bitcoin, check to see if that cryptocurrency can be exchanged for Bitcoin via a leading trading platform. If mining Bitcoin doesn't appeal, the simpler way would be to just buy Bitcoin itself and find other ways to earn crypto.like