Home
Staking
What Is Staking Crypto & Is It Profitable?

What Is Staking Crypto & Is It Profitable? 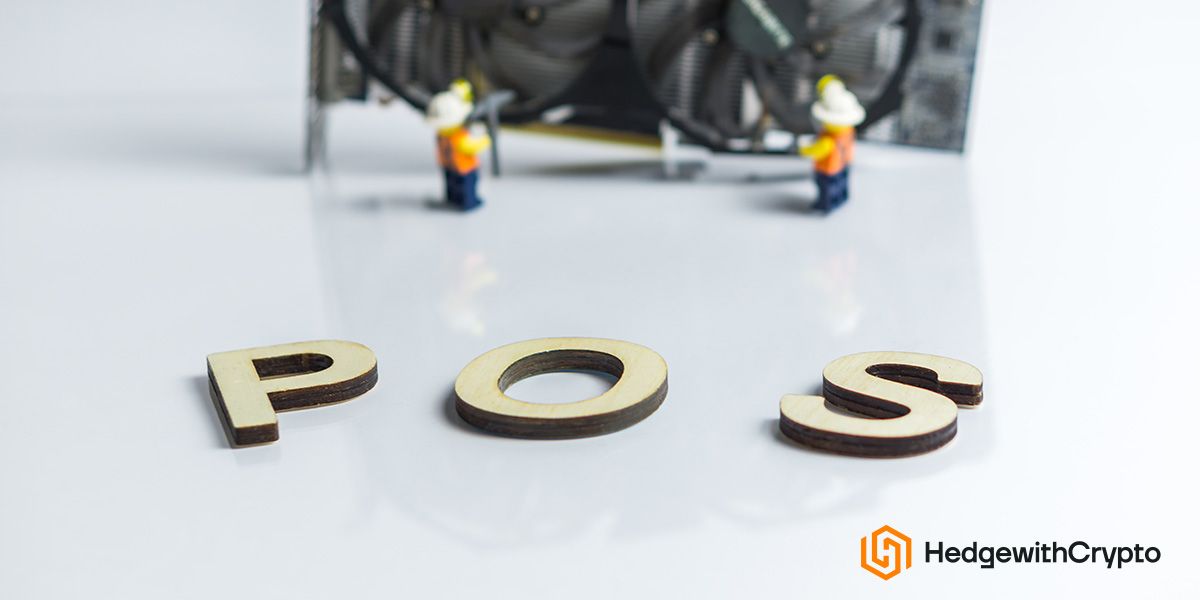 Staking cryptocurrency is a popular way to earn a passive income by locking up or delegating tokens to earn rewards. This article explains what crypto staking is, a brief technical overview of how staking works and when staking payments are calculated.

What Does Staking Crypto Mean?

Staking is similar to a fixed-term deposit at a traditional banking institution where a person deposits funds for some time to earn rewards, bonuses or interest. Cryptocurrency staking involves delegating tokens in wallets for a specific period to participate in the governance of the network. Staking is common with Proof-of-Stake (PoS) projects which involves validating transactions on the particular networks protocol, creating a new block and distributing newly minted coins as staking rewards.

In return for holding the coins, verifying transactions and contributing to the overall security of the network, users are given a staking reward. The staking reward is percentage-based on the number of tokens locked in and participating wallets. Staking cryptocurrency can offers yields between 0.5% up to 12% APY, which is far greater than the interest given by a traditional bank.

The high return on investment has led many crypto investors to stake their coins and earn free crypto. Staking was initially described as the consensus mechanism to a "peer-to-peer cryptocurrency design derived from Satoshi Nakamoto's Bitcoin." In a way, staking crypto is similar to how Bitcoins are created where by the miners earn rewards for their services to process transactions on the blockchain. The distinct difference is staking does not require expensive mining equipment.

How Does Crypto Staking Work?

Coins that are delegated to a Proof-of-Work network for a specific period of time are removed from the circulating supply and "put to work". Participants that lock up their coins are known as "validators". The coins that are delegated for staking will be randomly selected from the batch of locked funds. The validators are chosen to create a new block. Each time a block is added to the blockchain, new coins are created and distributing as staking rewards to the validator.

This process is performed without a middle-man. The staking rewards that are distributed to the participants for their effort in creating new blocks are based on the number of coins pledged. Staking participants that delegate larger amounts have a higher chance of being chosen as the next block validator.

Each blockchain will typically assign a minimum of tokens that need to be staked to become a validator and create a node. Some staking processes are more straightforward than others, as they can be staked either on one's wallet or by joining a "staking pool" using a cryptocurrency trading platform. In contrast, staking coins such as Ethereum 2.0 and Chainlink require users to create a node to become network validators, with the former requiring a minimum of 32 ETH to operate a full node.

Which Coins Can You Stake?

The best coins for staking use the Proof-of-Stake network consensus to validate network transactions and earn staking rewards. These coins offer reasonable staking rewards and are long-term projects with continuous development. Examples of good coins to stake include:

At the time of writing, there are over 7.8 million ETH staked on the Ethereum beacon chain earning 5-6% APY. Additionally, blockchain ecosystems like Solana, Binance Chain, Polkadot and XRP implement staking as a way to secure the network.

The major global cryptocurrency exchanges support coin staking to earn rewards. Each crypto exchange allows different projects that can be staked, with varying pay-outs and terms. Some of the top crypto staking platforms that support 1-click staking are listed in the table below.

How Are Staking Rewards Calculated?

Staking rewards differ for each blockchain project and are generally calculated based on an Annual Percentage Rate (APR). The APR varies based on the total number of validators and coins staked on the network. Therefore, the more participants that delegate their coins to the network, the staking reward percentage rate for creating new blocks will reduce.

How Are Staking Rewards Paid?

Staking in a pool differs from staking on an individual node. Staking calculators provide an estimate of the daily, monthly and annual pay-outs. However, it is important to consider the APY's are subject to change often. Metrics such as the demand for staking and the total amount of coins delegated will affect the staking reward pay-out. The staking rewards are paid out in the native currency a wallet is staking.

For example, participants that stake on the Cardano network will be paid rewards in ADA tokens. The higher the number of people that participate in a staking pool, the lower the pay-out. Thus, joining a new project that does not have a lot of participants staking on the network can yield higher returns than already established pools.

Is Staking Crypto Actually Worth It?

Compared to earning interest with a traditional bank or mining Bitcoins which requires upfront capital for mining equipment, staking cryptocurrencies can be profitable and worth the effort. Staking projects that use the Proof-of-Stake model such Cardano, Tezos and Cosmos does not require a lot of money to get started or to purchase mining equipment. In addition, individuals that stake their coins with stable projects with potential upside can benefit from both staking rewards and asset price appreciation.

Staking is worth it because it removes the entry barrier and allows investors to start low-risk staking with a minimum amount. For example, Coinbase allows staking on several coins to earn up to 5.0% APY from as little as $1. Early investors can lock-in high staking rewards by investing and staking in new projects that are in the development phase. There are less participants which results in high yields. However, there are certain risks to investing with coins at the early stage that should also be considered. 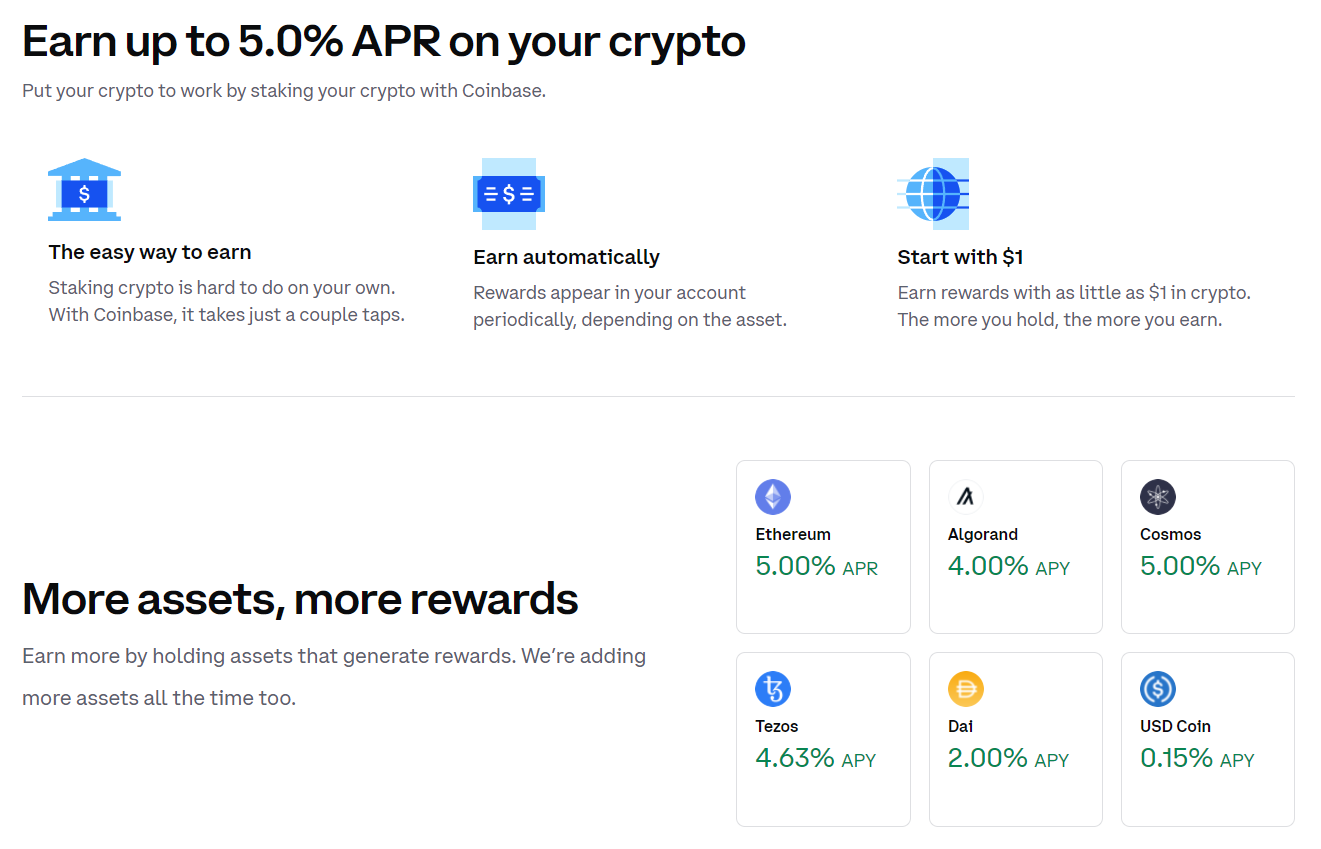 Are There Risks To Staking Crypto?

Staking cryptocurrencies requires users to lock up their cryptocurrencies for a specific period. During that time, funds cannot be withdrawn or sold. The biggest risks with staking crypto are due to malicious actions, offline nodes, failing to validate transactions and market crashes. With cryptocurrency markets being known for their high volatility, investors can incur substantial financial losses if prices suddenly decline due to either a market correction or a bear market. This means the staked coins could potentially be worth less than their market value at the beginning of the staking term.

Centralized cryptocurrency exchanges such as Binance, Crypto.com, Kraken and KuCoin offer flexible staking arrangements. Staking participants have the flexibility to un-stake their coins at any time and withdraw the funds. However, the staking reward APY for flexible terms are less when compared to a fixed term.

Staking involves validating transactions to the blockchain on behalf of the network. Staking coins contributes to the network security governance and creation of new blocks. Participants are incentivized to delegate their to earn staking rewards that contribute to the circulating supply of the project.

Staking generates a positive yield for participants who delegate their coins under a flexible or fixed-term arrangement. As there is no upfront capital expenditure or ongoing costs, staking crypto is a profitable way to earn a passive income. Crypto holders who believe in a project and have a long-term investment strategy can increase their holdings by staking their tokens even if the return is as low as 1.5% APY.s low as 1.5%.

Losing money while staking is possible in several scenarios and can be driven by FOMO or a software error. A bug in the protocol code could lead to hackers taking investors' funds, especially if the network is new without major industry backing. Furthermore, when a token value sharply decreases, investors can experience FOMO and sell their tokens at a loss.

Staking participants can lose money when the token value decreases. Several upcoming projects promise high yields without having a large distributed token supply. As the market floods with new tokens, the value of the token decreases, meaning users are suffering a capital loss on their investment.

Cryptocurrency staking is safe as long as users have control of their own private keys. Staking on the project's wallet or creating your own server to run a node is ideal because individuals have control over their keys. However, much like any other crypto investment or interaction, software or human error risks leading to financial losses.

In contrast, staking on exchanges or in pools can be risky because the private keys to the particular cryptocurrency is held by the exchange and not the investor. There is a risk of loss of funds if the crypto exchange is hacked, the system goes offline or there is a KYC issue that prevents access.

A staking pool is a consortium of numerous wallets or people that combine their resources to increase their chances of being randomly assigned a block validation. Staking pools increase the likelihood of being selected to forge a block and in return earn a greater percentage-based reward.

Staking pools are operated by a single individual who brings together more token holders and charges a fee for setting up and maintaining a pool. Exchanges such as Coinbase or Pancakeswap allow individuals to stake directly on their platform without assigning their tokens to an unknown third party. Not every token can be staked on established DeFi or CeFi platforms. Newer tokens with a higher yield are staked on individually run pools.

The top crypto exchanges in Australia allow residents to stake crypto directly using a local exchange. AUSTRAC licenced platforms such as Swyftx and BTC Markets have soft staking features from as little as AUD $1. Individuals can also stake their coins using global exchanges such as Binance, FTX and Kraken which are accessible for customers in Australia.

Staking is a new form of leveraging blockchain technology to generate a passive income that suits long-term investment strategies. The Proof of stake consensus mechanism benefits both market adoption as well as network usage. While previous staking methods such as Bitcoin's Proof-of-Work required a thorough step-up process, staking newer coins can be done on centralized, decentralized platforms and cryptocurrency hardware wallets. In summary, cryptocurrency staking is an excellent way to invest in projects while increasing the token share by earning staking rewards. 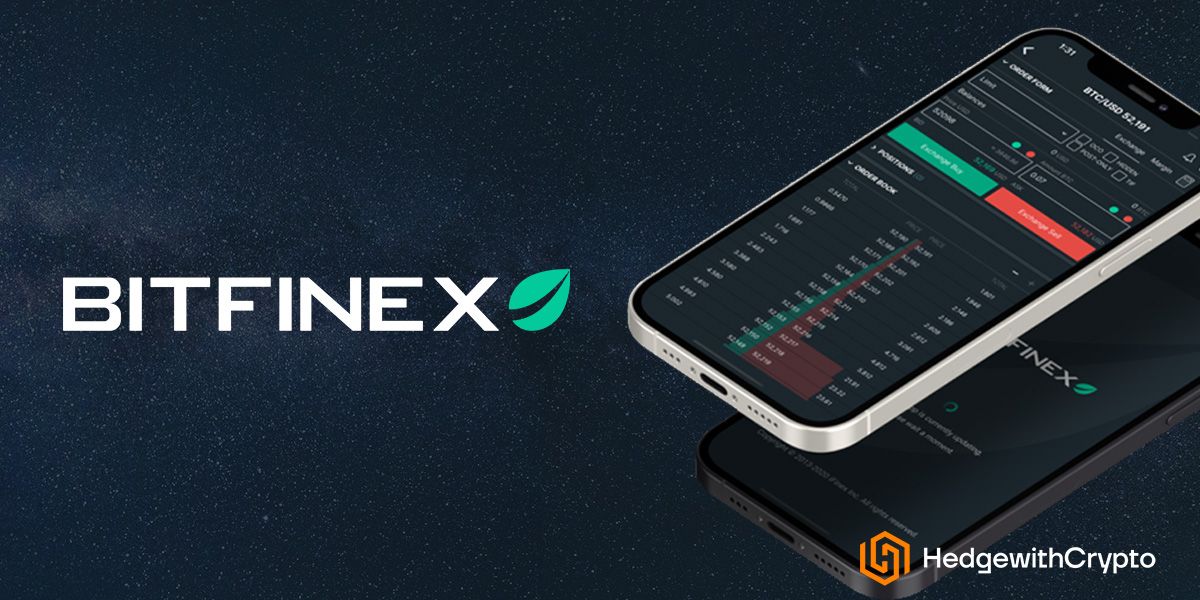 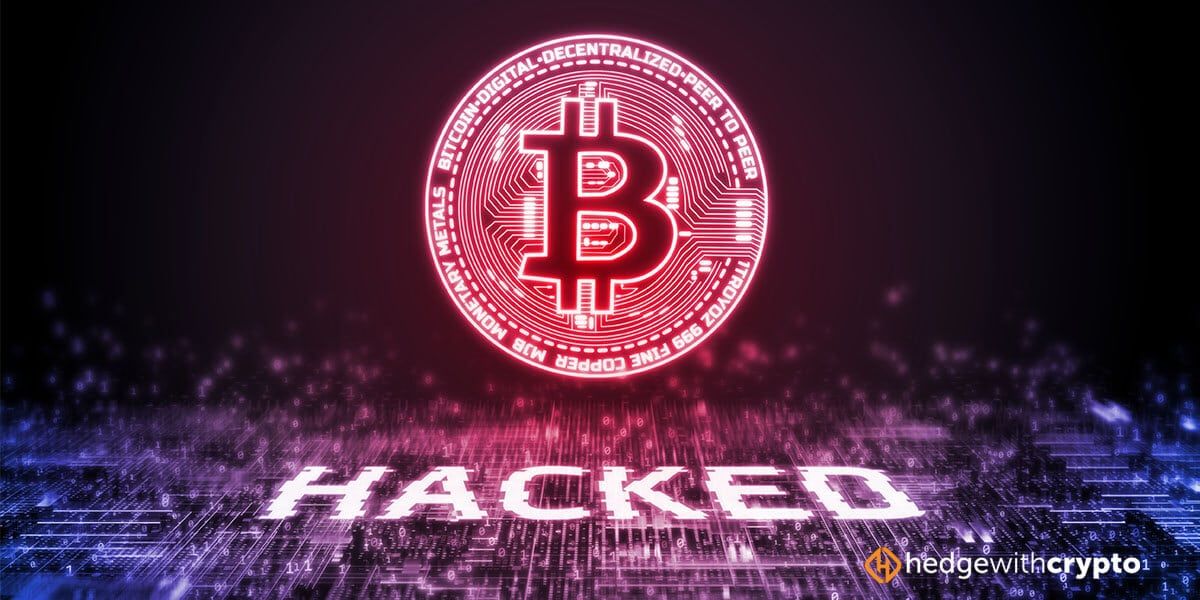 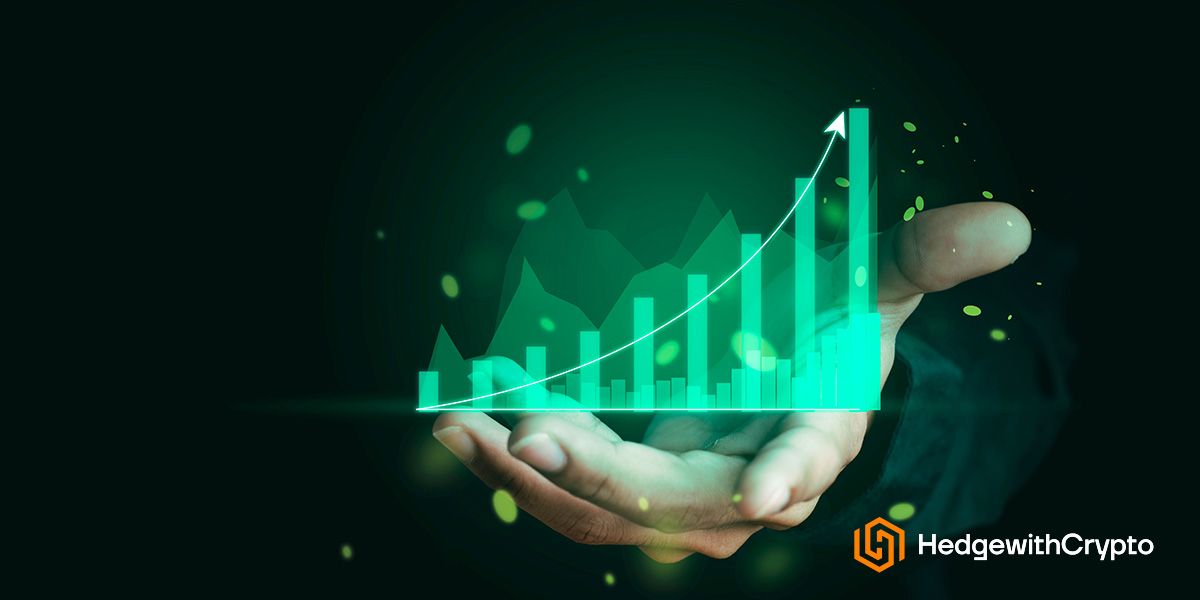 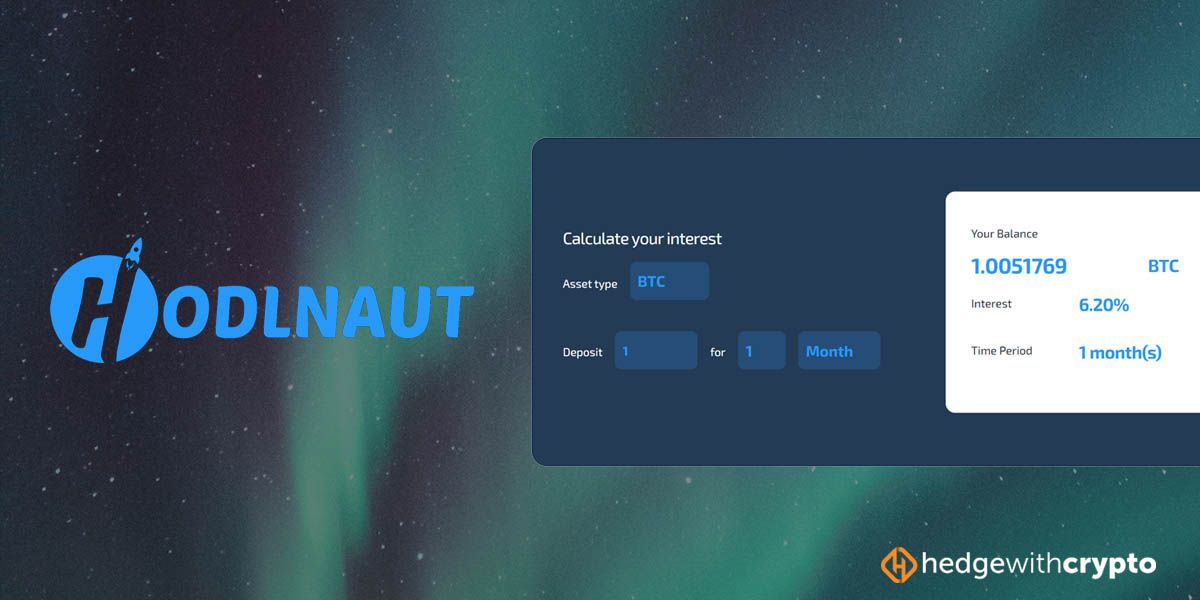 Hodlnaut Review 2022: How Does It Compare?Hodlnaut offers a place to earn interest on crypto. In this review, we will assess its features and compare its rates to the top platforms.

Hodlnaut Review 2022: How Does It Compare?Hodlnaut offers a place to earn interest on crypto. In this review, we will assess its features and compare its rates to the top platforms.