This article will explain how hashes and hashrates work, how to calculate hash power, and how hashrates can be used to better understand cryptocurrency mining and network efficiency.

Hash rate is a measuring unit for the processing power of a cryptocurrency miner or network. A hash is a cryptocurrency calculation required to verify a new transaction is legitimate and publish it to the public blockchain. The number of hashes a computer can perform per second is the hash rate, or hashrate. The hashrate determines how fast a crypto miner can solve the mathematical equation to earn block rewards which are added to the blockchain ledger. The faster the hashrate, there is greater chance to increase profitability for the miner.

Ethereum’s developer documents explain that a new group of transactions, called a block, is created using the hash of the previous block in the chain. Hashes are cryptographically derived using block data. The hashing system ensures a secure network and helps prevent fraud. Similarly, the original Bitcoin whitepaper explains how hash rates are measured and why they’re important. 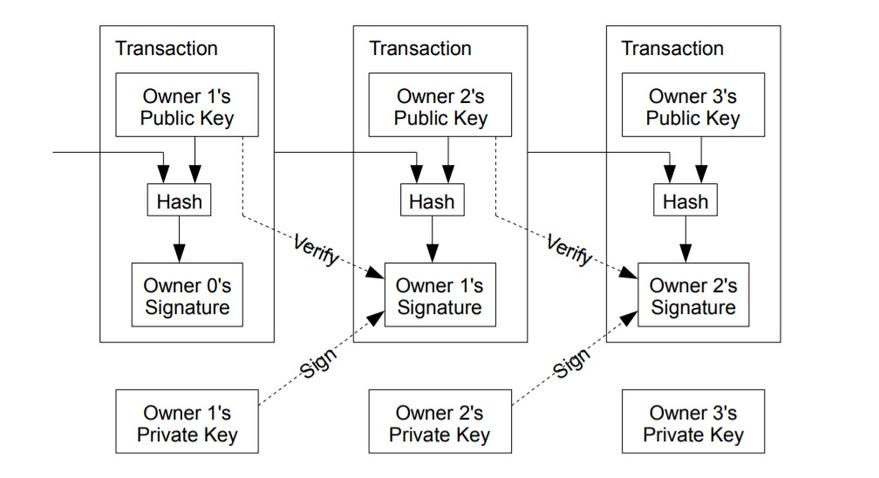 A diagram of how hashes fit into a Bitcoin transaction (Source: Bitcoin whitepaper).

Why Are Hashrates Important?

Cryptocurrency mining is the computational activity behind the scenes responsible for processing new transactions and adding them to the blockchain, a public ledger history containing every transaction since the currency’s inception. Understanding the hashrate is important for both cryptocurrency miners and investors.

How To Calculate Hash Rate?

Alternate methods to estimate the approximate mining hash power of a rig are by using third-party software such as Whattomine that has pre-configured settings for specific hardware setups.

A list of the most common hash rates is shown in the table below.

Hash rate is the number of calculations per second and is difficult to be measured accurately. Purpose-built mining rigs such as ASIC's will have an estimated hashrate for the hardware. The most accurate method to calculate the hashrate is using the mining software that will work out the hashing power based on the number of algorithms that are being solved. These values are still estimates as it is very difficult to confidently calculate the hashrate with 100% accuracy. For a comparison list of the best software for mining Bitcoin with an accurate, easy-to-use graphical user interface (GUI), read this article next.

What Factors Can Influence Hash Power?

The hashrate calculation can be influenced by several factors. These include the performance of the mining equipment, speed of the network connection, mining rig settings and configurations and the number of and hashrate of other miners on the network.

How To Use Hashrates To Your Advantage

For a cryptocurrency miner, increasing the hashrate can increase the profitability of a mining rig. Making adjustments and optimizations such as improving the hardware or using different mining software could have a positive impact on the hashrate and ultimately the bottom line.

Hashing is the backbone of the entire cryptocurrency landscape. Understanding the importance of hashrates in crypto mining can lead to making better-informed decisions for miners and investors.

Cryptocurrency miners are incentivized to operate with the highest possible hash rate, running powerful processors around the clock that consumes large volumes of energy. There high electricity consumption of mining cryptocurrencies has raised concerns with environmental groups.

For example, Bitcoin has had negative press for its total energy use, which detractors call unsustainable. Elon Musk even took to Twitter to complain about how much electricity Bitcoin requires. The business school at Cambridge maintains a Bitcoin network power demand estimator, updated daily. As of a recent update, all Bitcoin users demand an estimated 14.96 gigawatts of power, 131.12 terawatts per year.

To put that into perspective, Bitcoin uses about 0.59% of all global electricity and about 0.29% of all energy production at the time of writing. That’s the same as all physical gold mining operators use per year. Bitcoin uses a little more energy than Ukraine and a little less than Egypt or Poland.

To wrap up this article, hashrate is an important metric that is used to understand the health of a cryptocurrency in terms of network stability and security. Moreover, for miner's the hashrate can be used as a basis to implement improvements to increase the chances of mining blocks and earning rewards.