Home
Crypto
Solana vs. Ethereum: What Are The Differences?

Solana vs. Ethereum: What Are The Differences? 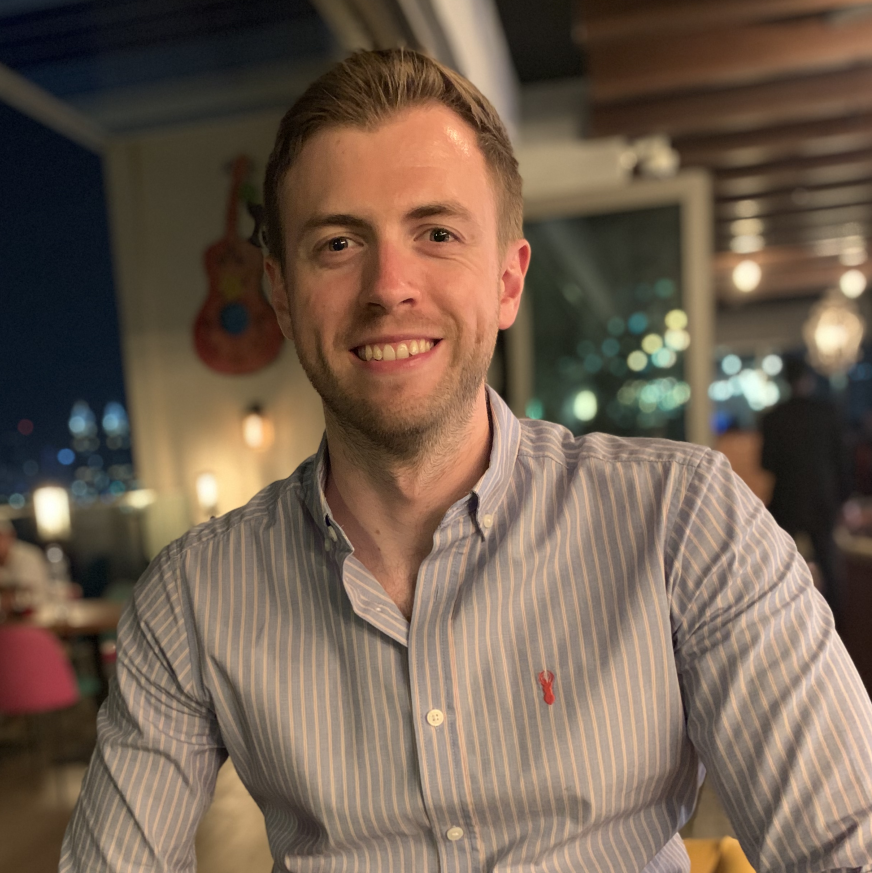 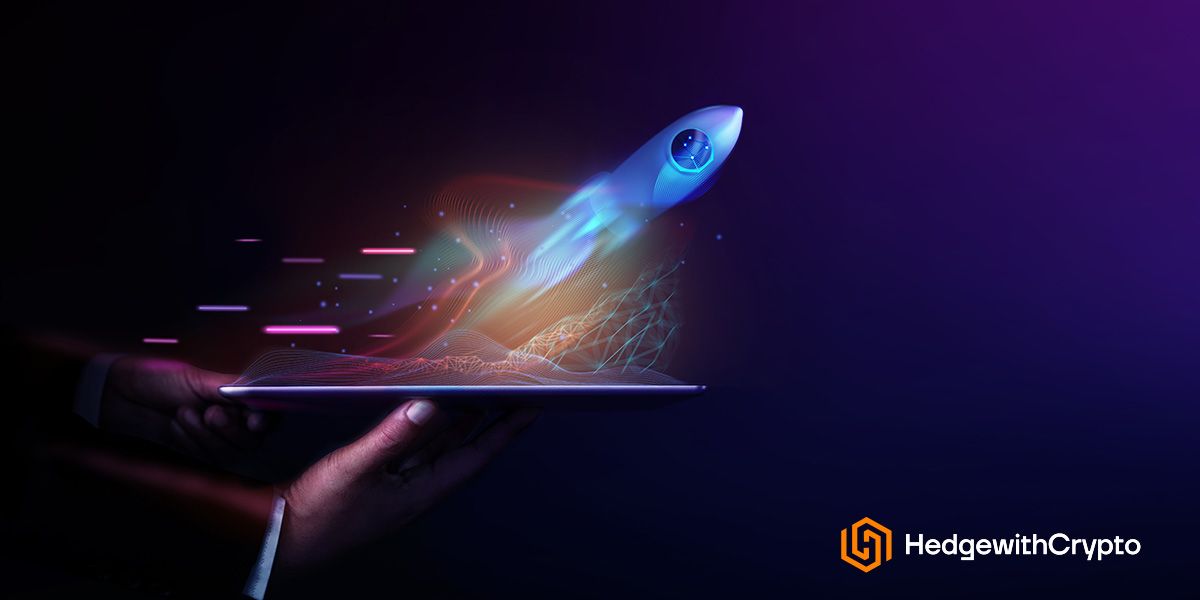 The battle between layer-1 blockchains has never been more fierce. Ethereum has enjoyed a first-mover advantage since it launched in 2015, however, its inability to scale has allowed other layer-1 blockchains, such as Solana, to capture market share throughout 2021.

While Ethereum was the network that facilitated the DeFi summer of 2020, Solana witnessed a meteoric rise in adoption during 2021 as decentralized application (dApp) developers transitioned to blockchains that offered improved functionality. With increasing adoption, there are now many that believe Solana provides answers that the long-awaited Ethereum 2.0 upgrade has not yet provided.

With clear differences and outlooks for the future, it is sensible to consider which of these leading layer-1 projects is capable of commanding a dominant position within the cryptocurrency industry. To help answer that question, we will evaluate the underlying technology that sets these blockchains apart, what features both blockchains offer, and see if there are any differences between the dApp ecosystems being developed on each.

Solana vs. Ethereum: Which Has The Best Features?

As a result of the differences in consensus mechanism and architecture, the two blockchains of Ethereum and Solana differ greatly when it comes to decentralization, transaction speed, transaction cost, and popularity - all factors that are extremely important for dApp developers and end-users.

Which Is More Decentralized?

Conversely, the decentralization of a Proof-of-Stake blockchain, like Solana, depends on how staked coins are distributed across all validators within the network. If a large percentage of coins staked are held by a small number of validators, the network will be more centralized.

Likewise, in March 2022, the total number of validators in the Solana blockchain stood at 1,576. Over 75% of the circulating supply of SOL was staked by those 1,576 validators. Although the percentage of staked tokens was high, it is important to remember that 48% of all SOL tokens were originally distributed to internal parties associated with the Solana project.

Related: Where & How To Stake Solana (SOL)

Although comparing the decentralization of the two blockchains is difficult, it is Ethereum that is often viewed as the more secure network. Many within the cryptocurrency community are concerned by several centralized aspects of the Solana blockchain such as:

While a large percentage of Ethereum’s hashrate is controlled by a small number of mining pools, the blockchain’s node distribution and miner uptake are much less centralized. Factors also look promising for the future of Ethereum, as the upcoming Consensus Layer dwarfs the Solana blockchain in terms of validators. The soon-to-be-released upgrade already boasts a validator count of 306,169.

Winner: Ethereum is generally considered to be the more secure and decentralized network compared to Solana. This is despite the fewer mining pools that process a large portion of the network's hashrate.

Which Is Faster To Send?

While Solana is inferior to Ethereum when it comes to decentralization, it makes up for it in transaction speed and is one of the fastest cryptocurrencies on the blockchain. Although Ethereum has captured the lion's share of dApps up until now, and arguably offers a greater level of security, the enhanced transaction speeds on the Solana blockchain are useful for developers requiring scalabilities, such as those looking to challenge the traditional worlds of gaming and finance.

In contrast, the transaction speeds on Solana can be processed within a few seconds. With the blockchain’s combined PoS and PoH consensus mechanism, Solana can process a maximum of 50,000-65,000 TPS. While the blockchain can process an estimated 65,000 TPS, the actual transaction speed cruises far lower due to the smaller number of dApps currently deployed on the network.

After the upcoming Merge, Ethereum developers estimate that the new PoS consensus layer will allow the blockchain to process 25,000-100,000 TPS. However, this remains to be seen.

Winner. Solana has faster transaction speeds on its network which are near-instant to process with a maximum throughput of 50,000 to 65,000 TPS. In contrast, Ethereum can take on average up to 5 minutes which a network speed of 13 to 15 TPS.

Which Has Cheaper Transaction Fees?

With a stark contrast in transaction times, the underlying technology behind the two blockchain networks also results in considerably different gas fees. Due to the high volume of users and over congestion of the Ethereum network, ETH gas fees have been extremely volatile in the past. Although some gas fee spikes can be attributed to the rising value of the native ETH coin, the network’s transaction fees are still considerably higher than most. In the past prices have exceeded $60 for a single transaction.

After an upgrade to the blockchain in 2021, the blockchain’s base fee was stabilized to combat high prices. However, gas fees on the network still cannot compete with those of Solana.

Which Network Is More Popular?

When comparing the popularity of the blockchains, two useful metrics to analyze are the number of decentralized applications deployed and total value locked (TVL). If the deployment of dApps and TVL by end-users is low, it can infer that a blockchain is not favored by the cryptocurrency community.

Secondly, when comparing the popularity of Ethereum and Solana, it is important to remember the five-year head start that Ethereum has enjoyed. Up until January 2021, Ethereum accounted for over 95% of the total value locked (TVL) within dApps. It was only from 2021 onwards that market share has been lost.

However, according to decentralized finance aggregator, DeFiLlama, Ethereum still commands the number one spot. At the time of writing, there are 472 protocols deployed on the Ethereum blockchain, with a TVL in excess of $116 billion. Meanwhile, Solana hosts 63 dApps and holds a TVL of $6.84 billion.

Winner. When comparing the dApps and TVL of the two blockchains it is clear to see that Ethereum remains the most popular layer-1 network. The blockchain hosts over 400 more dApps, holds nearly $110 billion more in value and still accounts for nearly 55% of the TVL within all layer-1 blockchains.

What Are The Main Differences Between Solana & Ethereum?

Ethereum and Solana are both layer-1 blockchains that were developed for the deployment of decentralized applications. However, the two blockchains are worlds apart when it comes to technology and features.

Launched in 2015, Ethereum was one of the first blockchains to offer smart contract functionality. Working to improve upon Ethereum’s downfalls, Solana launched five years later in 2020.

The first difference between these two giants is the way that they achieve consensus. This is achieved via a consensus mechanism, which is the set of rules that determine the validity of data added to a blockchain. Importantly, a consensus mechanism can fundamentally change a blockchain’s functionality, as it changes how miners or validators agree that new data should be added.

Ethereum employs a Proof-of-Work (PoW) consensus mechanism to secure and add new data to the blockchain. Like Bitcoin, the Ethereum network relies on a pool of miners that compete to solve a mathematical formula. This requires miners to sacrifice computing power. By proving that a certain amount of computing power has been dedicated, a miner in the network earns the right to add new data to the blockchain.

While PoW ensures that the network remains decentralized and secure, the process can be slow, which means that poor performance plagues the blockchain at times of heavy congestion. PoW blockchains also suffer from significant energy consumption in comparison to rivals.

To avoid these problems, Solana was created using a Proof-of-Stake (PoS) consensus mechanism with proprietary software known as Proof-of-History (PoH). PoS requires validators to stake native coins to validate transactions, which removes many of the inefficiencies of PoW. However, Solana’s efficiency is amplified further thanks to PoH.

PoH places transactions in a cryptographically secured timed order. This means that all validators within the network do not require an up-to-date version of the blockchain at all times. The combination of PoS and PoH allows for increased transactional throughput which is how Solana can offer one of the fastest transaction speeds of any blockchain currently in existence.

It is important to remember that while Ethereum is currently much slower than Solana, the blockchain is in the process of updating its consensus mechanism to PoS. Once Ethereum adds what it is calling the “Consensus Layer”, the transaction speed of the network is expected to become significantly higher. The transition from PoW to PoS has been termed The Merge and is expected to occur in Q3/Q4 of 2022.

In addition to differences in consensus, Ethereum and Solana both employ different internal architectures, which dictate the type of smart contract that the blockchain can deploy. Smart contracts can be grouped into two categories: (1) stateful and (2) stateless. While stateful smart contracts allow for verification and are, therefore, more secure, stateless smart contracts are much more scalable.

The Ethereum blockchain employs a “stateful architecture”, which means that all smart contracts are kept to one state. When new smart contract data is added to the blockchain, the entire network must update to reflect the new set of transactions. As a result of the constant updates, different pieces of data cannot be processed in parallel, which slows the Ethereum blockchain down and results in expensive transaction (gas) fees.

However, stateful smart contracts are still favored by the majority of developers due to the ability to verify the state of the blockchain at any time. Data can be checked and validated when required.

While infinitely more scalable, stateless smart contracts can only track the asset or token that is being transferred at any one time. The past movement of a token or asset is much harder to verify.

Verdict: Solana vs Ethereum: Which Is Better?

Ethereum and Solana are two of the most popular blockchains within the cryptocurrency industry. Thanks to its smart contract flexibility and security, Ethereum has helped to develop much of the DeFi and NFT sectors we know today. However, since 2021 Solana has been capturing market share thanks to its enhanced scalability and extremely low gas fees.

When comparing dApps and TVL, it is Ethereum that remains the dominant force amongst layer-1 blockchains. Solana is undeniably fast, but the protocol has not enjoyed the same first-mover advantages which have propelled Ethereum to the number 1 spot. Reclaiming market share will be tricky for any competitor and, although Solana’s DeFi and NFT ecosystems have been growing consistently since 2021, members of the cryptocurrency community should pay close attention to the changes that take place as Ethereum transitions from PoW to PoS at the end of 2022.

Verdict: Which blockchain is the better option ultimately depends on what a user is looking to achieve. As a blockchain developer looking to develop a new play-to-earn game, Solana’s quick transaction times and scalability might be a preferable option. As an end-user looking for a high level of integration and decentralization, Ethereum could be favored

James has been involved in the cryptocurrency markets since 2018. He is a sought-after crypto writer that has published works for cryptocurrency exchanges, fintech platforms, financial publications and investment disruptors worldwide. James' work has been featured on the comparison website Finder and Real Vision, which covers topics in finance, business and the global economy. Outside of writing and blockchain technology, James enjoys playing sports, socializing with friends, and heading to the beach.