Solana (SOL) is renowned in the cryptocurrency industry for having some of the fastest transaction times out there – generally described as being near-instant. However, there are several factors that can impact transfer speeds that should be taken into account. To help understand the SOL transaction times, we will dive into how Solana transfer works, what happens when coins are transferred and how long it can take to send Solana to a wallet or exchange.

What Is A Solana Transaction?

Solana is a blockchain platform designed to host decentralized applications (dApps) and allow for lightning-fast sending and receiving of cryptocurrency. As Solana supports the deployment of smart contracts (also known as Programs), transactions on the network aren’t exclusively in SOL – network users can also transact NFTs. These transactions are sent via programmable bits of code that keep a permanent record on the Solana network.

As Solana uses a public, open-source network, every transaction is stored on a permanent database that’s accessible to anyone. After purchasing Solana, the tokens can be sent and received via an address, the process of which can be broken down into three steps:

How Does A Solana Transaction Work?

The Solana blockchain utilizes a hybrid Proof-of-stake/Proof-of-history consensus mechanism to execute transactions. This is different from networks like Bitcoin, which make use of ‘miners’ (computer software) to solve complex algorithms to validate Bitcoin transfers.

Conversely, Solana makes use of ‘nodes’, which are constantly-running copies of a blockchain server hosted by various community members. These nodes are backed by a substantial amount of SOL (typically over 5,000) that is locked into the network. Whenever a transaction order is made on the Solana blockchain, one of these nodes will be selected to verify the transaction based on factors such as:

Once the node has validated the transaction, ensuring there are no discrepancies or potential exploits, the SOL will be transferred. It’s worth noting that Solana also makes use of a Proof-of-history mechanism, which forms the backbone of the blockchain’s impressive transaction times. Essentially, every transaction made on Solana will have an instantly verifiable timestamp.

This allows node runners to execute contracts without needing to ‘communicate’ with other nodes, saving a substantial amount of time throughout the transaction process.

Solana transactions are near-instant, which means they can potentially take a few seconds to process. On the receiving wallet, transactions that are executed can appear within a few seconds. Although, there can be a delay of up to 20 seconds to send SOL transactions using specific cryptocurrency exchanges with less optimized Solana wallets.

How Long Does It Take To Send Solana?

Solana is widely considered one of the fastest cryptocurrencies to transfer in the industry. The whitepaper suggests the unique consensus mechanism technology allows a throughput of 50,000 TPS (transactions per second) and needs only 400 milliseconds to process transactions. As a result, most people can send and receive SOL coins in between 5 and 20 seconds on average.

While these figures are impressive, they aren’t always consistent. For example, the Solana network has never reached the lofty heights of 50,000 to 65,000 TPS, with current rates closer to 2,000 TPS according to Solana Explorer. Additionally, certain factors can slow down Solana transaction times, including network congestion and the medium of exchange.

Is Solana The Fastest Blockchain?

No, although the answer to this question is a little nuanced. There’s more to blockchain speed than a purely theoretical throughput. For example, the new blockchain network TechPay boasts a TPS of 300,000, which is 6 times faster than Solana’s TPS. However, this metric doesn’t consider ‘finality’, which is referring to how long it takes for a transaction to be executed. While Solana may not be the fastest cryptocurrency to transfer, it is one of the quicker networks and much faster than a Bitcoin transaction for example.

Is Solana Faster Than Ethereum?

Yes, Solana is substantially faster than Ethereum. Ethereum has been crippled with network congestion, resulting in massive transaction fees (known as ‘gas’) and slow transfer speeds. Current estimates suggest that Ethereum can handle around 13–15 TPS, which pales in comparison to Solana’s 50,000-65,000 TPS capability. The average speed is between 5 and 20 seconds which is faster compared to the Ethereum network which takes about 5 minutes for Ether transactions. However, the upgrade to Ethereum 2.0 promises an estimated ETH transfer speed of around 100,000 TPS according to its founder, Vitalik Buterin.

What Affects The Solana Transfer Speed?

Solana’s blockchain is built with the idea of scalability in mind. The premise of this focus is to ensure that no matter how many people are using the network, transaction speeds will be maintained. Solana’s network isn’t overly susceptible to network traffic, but there may be instances where transfer speeds drop or rise by a few seconds (or possibly more) depending on the time. However, in the grand scheme of things, a few seconds may not be a big deal compared to the transaction time to send a Bitcoin, which averages around 40 minutes.

Type of exchange or wallet

The medium of exchange used to send or receive SOL may have an impact on the time it takes to finalize the transaction. For the most part, sending SOL via custodial, native wallets (such as SolFlare and Phantom) won’t encounter any issues and will execute transactions within a few seconds. However, less-optimized wallets may take a little longer to work.

Additionally, sending or receiving SOL to an exchange wallet can throw a spanner in the works. While most centralized exchanges claim that SOL transactions are near-instant, certain issues on the exchange’s end can result in highly variable transfer speeds. For example, several users on message boards have had grievances with making SOL transactions via Binance, with the process occasionally taking over an hour. 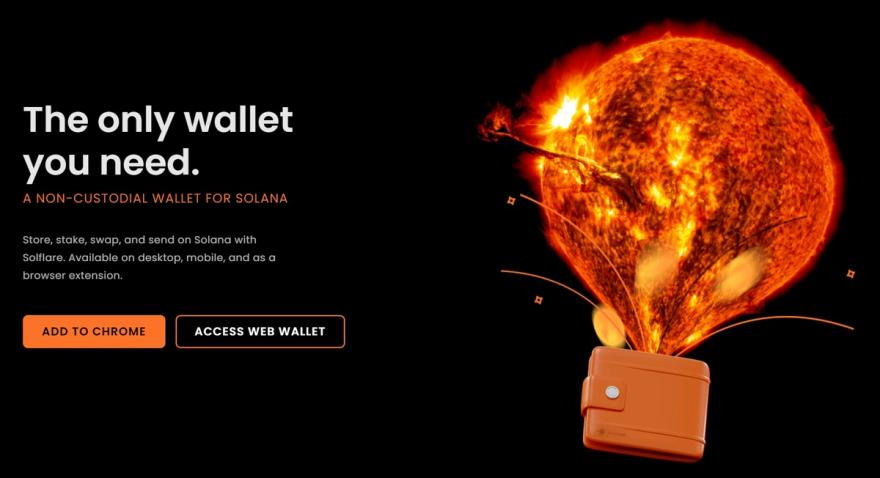 Solflare wallet can be used for near-instant transfer speeds.

Solana has a maximum throughout speed of 50,000 transactions per second (TPS) that requires 400 milliseconds to process each transaction. However, the network has not reached these speeds and is running at roughly 2,000 TPS at the time of writing.

The number of confirmations depends on the receiving cryptocurrency exchange wallet. For example, Kraken does not require SOL confirmations and the processing time is near-instant. On the other hand, Coinbase requires 31 network confirmations for Solana.

It is important to understand the various factors that can influence the speed to transfer Solana to another wallet or exchange. While there are factors that can lengthen the time it takes to send and receive Solana, it is one of the quickest blockchain networks that has not yet reached its full potential in terms of transactions per second.

Solana vs. Ethereum: What Are The Differences?Solana and Ethereum are two popular cryptocurrencies for their token values and real-world use cases through their dApps. But which is better?

Solana vs. Ethereum: What Are The Differences?Solana and Ethereum are two popular cryptocurrencies for their token values and real-world use cases through their dApps. But which is better?