Home
Bitcoin
How Long Does It Take To Transfer B...

How Long Does It Take To Transfer Bitcoin?

What Is a Bitcoin Transaction?

Bitcoin transactions are essentially electronic messages which are digitally encoded using cryptography and transmitted over a Bitcoin network. Each Bitcoin transaction is verified by miners which gives a historical digital signature of the BTC address, amount and public key. A record of the transaction is often referred to as the 'Bitcoin ledger' and is available for anyone to see on the blockchain network.

To break it down further, a Bitcoin transaction comprises of three parts:

How Does A Bitcoin Transaction Work?

For a Bitcoin to be sent on the blockchain network, the individual must have access to the private and public keys associated with the amount of Bitcoin. The private key corresponds to the rightful owner of the Bitcoin which is unique and authorizes the Bitcoin transaction to be sent to a public key, or simply referred to as a BTC address. 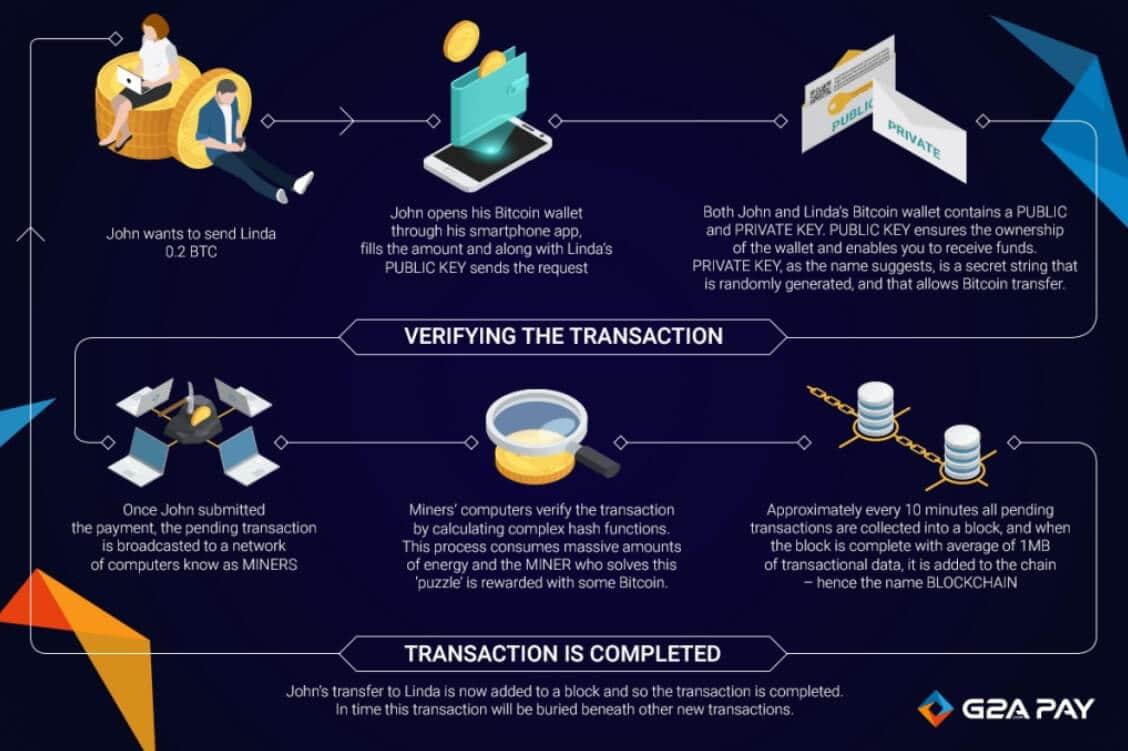 The Bitcoin miners work to validate the transaction by solving complex mathematical problems. This process is often referred to as 'Bitcoin mining' to confirm the funds have come from the rightful owner of the Bitcoin wallet. When the math problem is solved, the block which contains the transaction is added to the blockchain network.

How Long Does It Take To Send Bitcoin?

Bitcoin's transaction speed can vary between 10 minutes up to 1 hour depending on the number of confirmations required to validate every single block on the network. The average time to complete a single Bitcoin confirmation is approximately 11 minutes based on the current median confirmation time. Therefore, a successful Bitcoin transfer to another wallet can take between 30 and 60 minutes to be confirmed on the blockchain network. There are other factors such as network congestion and fees that can increase the Bitcoin transfer speed to several hours.

What Affects The Bitcoin Transfer Speed?

The amount of congestion or traffic on the Bitcoin network is directly related to the speed of a transaction. For example, if there is a lower amount of transactions occurring at a particular time, the network traffic will be reduced resulting in quicker Bitcoin confirmations. In contrast, if there is a sudden increase in the number of transactions at a particular time, the traffic will be high and can cause delays with confirming the transaction. Sending Bitcoin during a low network usage period such as the weekend can potentially result in a faster Bitcoin transaction speed. 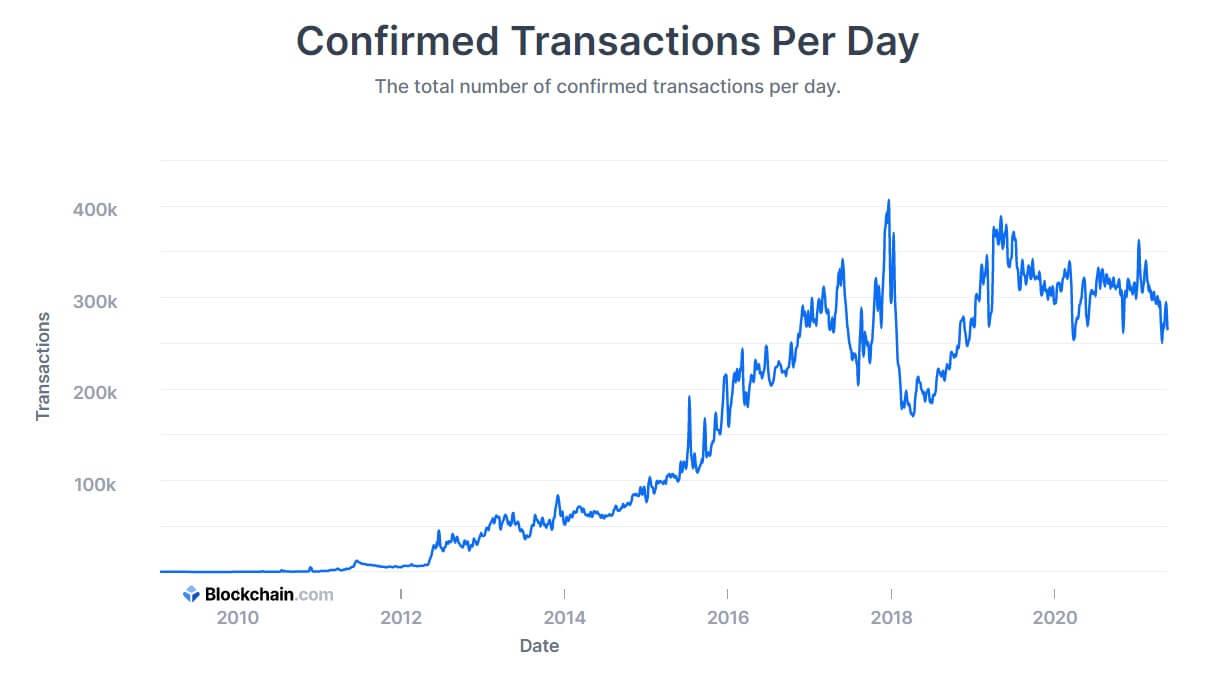 The Bitcoin blockchain network has a maximum block size of 1 Megabyte (MB) which is fixed. Each block contains batches of Bitcoin transactions that have been confirmed by the miners and made public on the blockchain. There can only be so many transactions contained in each block. Therefore, an increase in Bitcoin usage through adoption can result in blocks quickly reaching the 1MB capacity.

Bitcoin has been designed by its creator 'Satoshi Nakamto' to have a 10 minute time to generate or mine a new block. Based on the fixed block size, block time and average transaction size, this means Bitcoin can only process about 4.6 transactions per second. When there is an increase in network usage, there can be delays in the time required to send and receive Bitcoin transactions.

Can You Speed Up A Bitcoin Transaction?

One of the safest ways to quicken the speed of a Bitcoin transaction is to increase the miners fee using a priority withdrawal. Some Bitcoin wallets allow the user to choose between a "standard" or "priority" fee when making a BTC withdrawal. The cost has ranged between $2 and $62 this year with an median transaction fee of $13.44. By sending a transaction with a fee greater than the median costs, Bitcoin miner's are incentivized to quickly select the transaction within the block which will reduce the overall confirmation times.

Use A Mining Pool Accelerator

A popular way to increase the speed of a Bitcoin transaction is to use Bitcoin mining pool accelerators. These are external services usually run by miners that offer a premium service to accelerate the speed of confirmations for a slightly higher fee. A few examples of popular Bitcoin accelerator programs are viaBTC, Bitaccelerate and BTC.com.

Bitcoin transactions are not instant due to how Bitcoin was designed to ensure the validity of each transaction on the public ledger. Most wallets require a minimum of 3 confirmations to consider a Bitcoin transaction as final. Therefore, the transaction speed of Bitcoin can be at least 30 minutes to arrive in another wallet based on the approximate time to complete a single Bitcoin confirmation of 11 minutes.

Binance has reduced the number of Bitcoin confirmations from 2 to 1 for BTC deposits. Based on the median Bitcoin confirmation time, it will take approximately 11 minutes to transfer BTC to Binance once the blockchain has received the transaction details from the Coinbase wallet.

It is important to understand the various factors that can influence the speed to transfer Bitcoin to another wallet. All things considered, the average time to successfully transfer Bitcoin is actually between 30 minutes and 1 hour. While there are ways to increase the Bitcoin transaction speed, you should also find out how many Bitcoin confirmations are required by the receiving Bitcoin wallet to give an indication of speed using a standard withdrawal fee.

If you have bought Bitcoin and in a hurry to withdraw it to another wallet, there is the option to use a priority withdrawal request with higher fees to increase the probability of a faster Bitcoin transaction. For secure storage, also ensure to keep the Bitcoins off hot wallets and transfer to a hardware wallet.