Home
Bitcoin
What Is A Bitcoin Private Key?

What Is A Bitcoin Private Key?

The Bitcoin private key is a crucial part of how Bitcoin (BTC) and other cryptocurrencies work. Essentially, the private key is used to identify the legitimate owner of the wallet and must be secured to maintain access and prevent hackers. This article is a must-read for beginners that are looking to purchase Bitcoin using an exchange.

What Are Bitcoin Private Keys?

The private key for Bitcoin is a sophisticated form of cryptography that has been designed to permit access to the rightful owner of the Bitcoin. The private key is an important component of how Bitcoin and other cryptocurrency coins works, which contributes to the security of the asset against theft, fraud and unauthorized access to funds.

The private key is represented by a secret alphanumeric password or number that allows you to send Bitcoin to another BTC address. The key is a 256-bit long number picked randomly after you generate your Bitcoin wallet. The degree of randomness and uniqueness of the private key is carefully defined by cryptographic functions to ensure maximum security.

The private key provides access to the owner of the Bitcoin address to withdraw the funds. If an individual loses their private keys, they will not be able to access the wallet to spend, transfer or withdraw Bitcoin. For this reason, it is extremely important to never let anyone know your private keys and always keep it safe.

What Is A Public Address Or Public Key?

Bitcoin owners can generate multiple public addresses for each wallet which can be seen and given to anyone to receive money. When using a cryptocurrency trading platform, users can generate a Bitcoin public key which is represented as a string of characters, or a QR code that can be scanned. 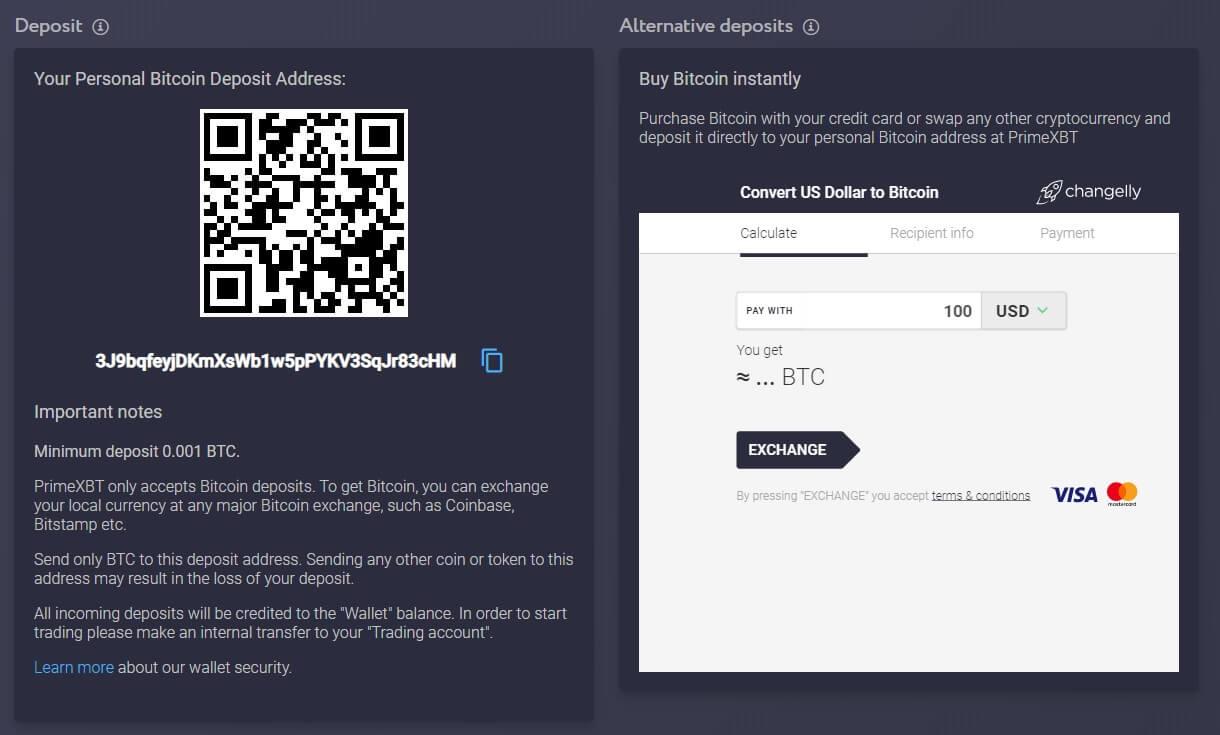 How Do I Get A Bitcoin Private Key?

Every wallet that is used to store Bitcoin will contain one or more private keys which are saved in the wallet file. That is, the private keys are mathematically related to all Bitcoin addresses generated for the wallet by the blockchain. When a new Bitcoin wallet is created, a unique private key will be picked randomly which is mathematically programmed to the specific wallet address. Multiple public keys can then be created using this private key which can be openly shared to send and receive funds to a wallet.

For example, if you create an account with a cryptocurrency exchange such as Coinbase, a BTC wallet will be automatically created to store purchased Bitcoins. This unique address will store and protect the asset while it resides on the exchange. A major difference is the private keys are held by Coinbase, not the account holder.

This means the security of Bitcoins is not in your complete ownership. When accessing the Bitcoin wallet, a unique public address or QR code will be generated to receive Bitcoin to the address. However, the private key will never be shown.

A private key for Bitcoin consists of a string of 256-bit number, however, the private key is usually represented in hexadecimal to reduce the length to 64 characters in the range 0-9 or A-F. An example of what a Bitcoin key looks like in the simpler hexadecimal format is:

In most cases, Bitcoin owners will not use the private key in its numerical value to access their wallet. It is too long and complicated to memorize or write down accurately. To make it easier, a root seed phrase (like a password) is generated with each Bitcoin wallet which is used to encode the private key.

A seed phrase is a list of words that can be used to recover Bitcoin funds on the blockchain. Multiple private keys can be generated from the root seed key, so it is important to keep the phrase safe at all times. If you use a Ledger Nano X to store Bitcoin, it will come with instructions to back up and recover the wallet using the provided seed phrase.

What Are Bitcoin Private Keys Used For?

A private key can be used by an individual to legitimately access and send Bitcoins on the blockchain. When a transaction is initiated, the software on the wallet will create a mathematical digital signature that is linked with the private key. The signature is used to verify the true owner of the user. Once the processing and verification process has been completed the transaction is broadcast on the blockchain ledger and cannot be reversed.

Can You Guess A Bitcoin Private Key?

A common question that is asked is whether a private key can be guessed to obtain illegal access to the funds. Given the complicated string of 256 unique alphanumerical characters, it is near impossible for someone to guess the private keys to access and steal your Bitcoins. There are millions of Bitcoin addresses that have been created with a non-zero balance. Therefore, the chance of someone finding a private key that matches your Bitcoin wallet is close to zero.

What Happens If I Lose My Bitcoin Private Key?

The private key is the only method to legitimately access and withdraw Bitcoins from the designated wallet that matches the digital signature. If the private key is misplaced, stolen or lost, there is no way to gain access to the Bitcoins to make a withdrawal. This is why it is important to save the private key in a secure location and create a back up. For more information on the best ways to store Bitcoin, read this article.

Can A Bitcoin Private Key Be Hacked?

Theoretically, a private key can be hacked to compromise a wallet storing Bitcoin, however, it is extremely difficult to achieve and so far a private key to Bitcoin has never been hacked or compromised according to our research. A hacker must break the Elliptic Curve Digital Signature Algorithm that is used to ensure the Bitcoin is accessed by the rightful owner. There have been numerous attempts by hackers to crack into wallets with millions of dollars without any success.

Another method that has been used to break into a Bitcoin account is using brute force by guessing the private keys repeatedly until it works. A recent study was performed to estimate the time required for a computer to break the Bitcoin code. Based on the 256-bit number, it was estimated to take around 65 billion years.

Even though there has not been a reported case of a successful Bitcoin hack on a private key, it is recommended to store Bitcoins on a reputable wallet. These devices store the private key which is kept secret and offline from the internet, significantly reducing the risk of compromise.

How Do I Recover My Bitcoin Private Key? 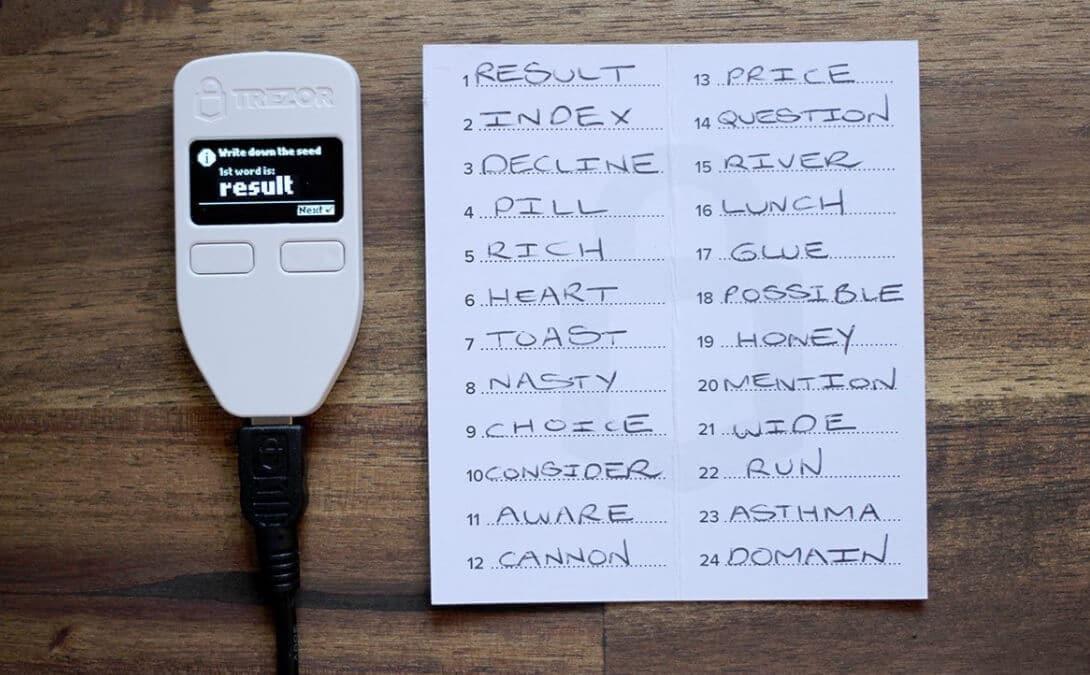