Home
Crypto
10 Cryptocurrencies That Are Faster To Send Than Bitcoin

10 Cryptocurrencies That Are Faster To Send Than Bitcoin 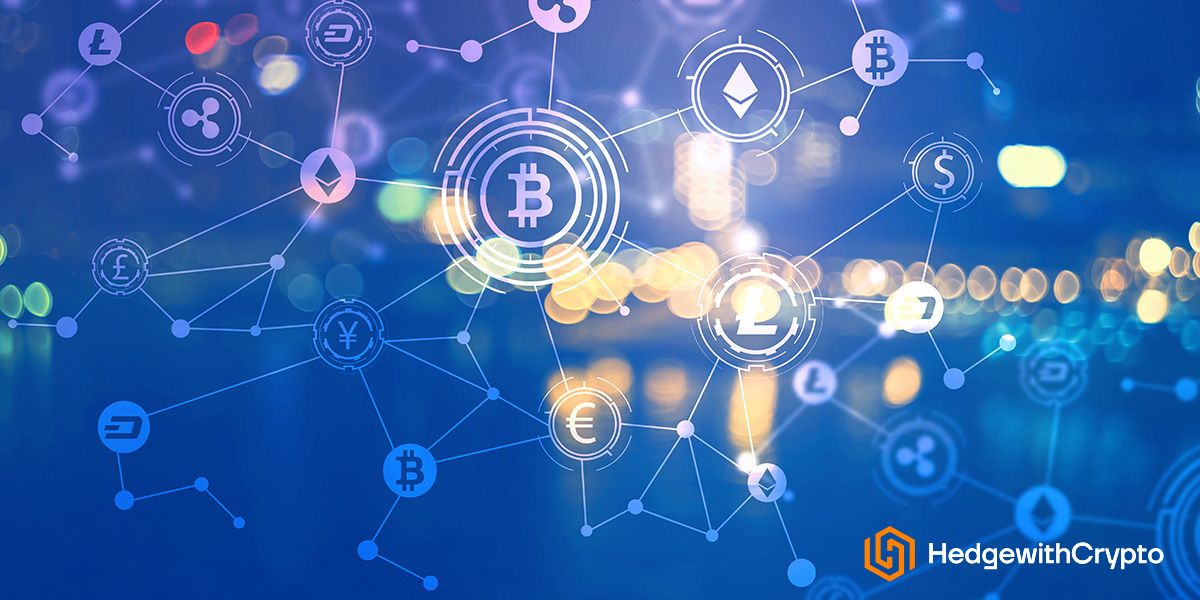 Bitcoin was the world’s first cryptocurrency and blockchain network that was designed for peer-to-peer transactions. It revolutionized the way that two individuals could transfer wealth between one another without the need for a centralized intermediary, such as a bank. By removing centralized intermediaries, payments could be processed much faster than traditional wire transfers which can take several days to process.

However, as the cryptocurrency market has expanded, the Bitcoin network has slowed. It is, therefore, not surprising that many ask the question - are there any other cryptocurrencies that are faster to send than Bitcoin?

With accessibility, liquidity, and decentralization in mind, several cryptocurrencies within the market can accommodate these desired aspects while offering quicker transaction times than Bitcoin. This article will list the fastest cryptocurrencies to transfer that can be used as a viable alternative to Bitcoin.

How Fast Are Cryptocurrency Transactions?

Based on current figures, the average transfer speed between wallets of the 10 biggest coins by market cap is 6.80 minutes. The transfer time for Bitcoin is the longest at approximately 40 minutes. Solana, Terra and XRP are faster to send between wallets and less than 1 minute to complete.

Why Is Crypto Slow To Send?

The speed to send a cryptocurrency transaction between two wallets can be influenced by several factors. These include the number of confirmations required by the receiving wallet, the block time, block size, transaction fees and network congestion. For example, the average time to transfer Bitcoin is around 10 minutes. Several wallets will require a minimum of 4 confirmations which equates to roughly 40 minutes to complete the transfer.

The table below shows the average transaction speed of the major coins based on the time to receive a cryptocurrency deposit on the exchange Kraken. Figures have been extracted from Statista.

Which Coins That Are Faster To Transfer Than Bitcoin

The meme blockchain, Dogecoin, was initially created as a joke between two developers Jackson Palmer and Billy Markus. Utilizing Bitcoin’s source code, Dogecoin was launched in 2013 and took inspiration from the photograph of a famous Shiba Inu dog, known as Doge within the meme community.

Due to a considerable rise in popularity, the network has become an effective means of transferring wealth. Upon creation, developers changed the algorithm difficulty for the blockchain’s PoW consensus mechanism. As a result, the block time of Dogecoin was reduced to 1 minute. This means that the native coin, Doge, can potentially be transferred up to 10 times quicker than Bitcoin. However, wallet-to-wallet transfers for Dogecoin generally require 40 confirmations which will take 40 minutes to process the transaction.

Monero is a payment protocol that was developed with a focus on the privacy of transactions. Although Bitcoin is secure, all transactions on the blockchain can be viewed and traced. To improve on this, Monero employs ring signature technology which scrambles a user’s identity with others, making it impossible to correlate transactional data.

While Monero employs a PoW consensus mechanism, the blockchain differs from Bitcoin due to a smaller block time of 2 minutes and an adaptive block size limit. As a result of these two differences, the native coin XMR has a current transaction time of 30 minutes. There have been claims within the community that Monero and XMR could handle up to 1700 TPS but this has never been proven.

Cardano is a layer-1 blockchain created by Charles Hoskinson, one of the co-founders of Ethereum. Like Solana, the blockchain competes directly with Ethereum. However, alongside offering a network for the deployment of decentralized applications, Cardano was developed to answer problems with scalability, interoperability, and sustainability.

Related: What is Cardano & is it a good investment?

Developed using an academic-first approach, the Cardano blockchain employs a proprietary Ouroboros PoS consensus mechanism, which allows the network to scale depending on the amount of usage required. According to reports, Cardano developers and enthusiasts claim that in the future, with the help of layer-2 scaling technology known as Hydra, the blockchain could theoretically handle up to 2 million TPS. The native token, ADA, and Cardano-based tokens can be sent wallet-to-wallet in about 10 minutes.

Launched in 2015, Ethereum was one of the first blockchains to offer smart contract capabilities. As a result of its smart contract functionality, the network has become the dominant blockchain for the deployment of decentralized applications (dApps), such as Uniswap, SushiSwap, Aave and Compound. With increasing demand, its native cryptocurrency, Ether (ETH), also referred to as Ethereum, has become an extremely popular medium of exchange.

Although the blockchain currently implements a Proof-of-Work (PoW) consensus mechanism, similar to Bitcoin, a different algorithm means that Ethereum can process between 25 and 30 Transactions Per Second (TPS). In addition to higher throughput, a new block is added to the Ethereum blockchain every 13.2s.

Wallet-to-wallet transactions via Ethereum can, therefore, be processed far quicker than Bitcoin. The current speed for transferring Ethereum between wallets is an average of 1 to 15 minutes. Although, the transaction speed between a wallet and exchange can take between 5 and 30 minutes which also depends on the number of confirmations set by the exchange. For more information, read this article which explains how long Ethereum transfers take between wallets and exchanges.

Although quicker than Bitcoin, due to Ethereum’s popularity, the high volume of traffic can result in extremely variable transaction times. To improve on scalability issues, the Ethereum blockchain is currently transitioning from a PoW blockchain to Proof-of-Stake (PoS). By introducing a second consensus layer, known as the Beacon Chain or Ethereum 2.0, the blockchain may be able to process up to 100,000 TPS in the future. To learn more, read our full guide on Ethereum and the impact of the Beacon Chain upgrade.

One of the most popular stablecoins, Tether is a blockchain cryptocurrency that is tied to the United States Dollar on a 1-to-1 basis. The stablecoin is supposedly fully backed by cash and asset reserves to maintain its USD 1 equivalent which is frequently audited.

Tether is an extremely useful digital coin in the market as it is used by investors on the top cryptocurrency exchanges to convert between other coins given its relatively stable nature in a volatile market. It also represents a familiar unit of account to transfer money between wallets. The ERC-20 protocol of Tether that runs on the Ethereum network has an average transfer time of 5 minutes between wallets. A faster transaction speed can be obtained by sending USDT on the Tron network and with lower fees.

Litecoin is an open-source peer-to-peer digital currency and blockchain that is a fork of Bitcoin. Developed using Bitcoin’s source code, the project was established in a bid to create a more usable payment network, that offered cheaper transaction fees and quicker transaction times.

Launched in 2011, Litecoin embraced Bitcoin’s PoW consensus mechanism but later changed the algorithm to allow for increased efficiency. Thanks to changing from SHA-256 PoW to Scrypt PoW, a new block is added to the Litecoin blockchain every 2.5 minutes. Therefore, Litecoin can process transactions on the network up to 4 times faster than Bitcoin.

7. Bitcoin (with the Lightning Network)

Developed by Lightning Labs, the Lightning Network has been slow to integrate, however, the network is now frequently utilized by companies that wish to leverage Bitcoin’s security and decentralization while enjoying real-world transactional speeds.

Touted as the Visa of blockchain networks, Solana was first launched in 2017 by Anatoly Yakovenko as a direct competitor to the Ethereum blockchain. While maintaining the flexibility of decentralized application deployment, Solana wanted to address the congestion and, therefore, scalability issues suffered on Ethereum.

Related: Solana vs. Ethereum: Which is better?

To address these issues, Solana developed a proprietary consensus mechanism that utilizes both Delegated-Proof-of-Stake (DPoS) and Proof-of-History (PoH). The use of DPoS and PoH gives the blockchain 400 millisecond block times and claims to be able to handle 50,000 to 65,000 TPS comfortably. The current transactions per second can be viewed via Solana’s official website.

According to Solana’s documentation, the blockchain can even extend to 250,000 TPS, although that maximum limit can only be reached in bursts. The capacity of Solana means that the native token SOL, and Solana-based tokens, have been reportedly sent wallet-to-wallet in 5 to 20 seconds. To learn more about what can affects the speed, read our article on how long it takes to transfer Solana.

Terra is a blockchain protocol that was developed using the open-source Cosmos layer-0 decentralized network and the Tendermint consensus mechanism. The protocol focuses on the creation of decentralized stablecoins, but can also facilitate the deployment of decentralized applications.

As a result of the Tendermint consensus mechanism, the Terra blockchain can process a documented 10,000 TPS and a new block is added to the blockchain every 6 seconds. This means that native cryptocurrencies, such as LUNA and UST, can be transferred up to 100 times quicker than the Bitcoin blockchain.

According to Ripple’s website, the internal architecture and Consensus allow the network to process 1500 TPS consistently. It can also scale to handle the same throughput as Visa (65,000 TPS) if required. All transactions processed are completed within seconds. There are currently 36 independent validators nodes, including Ripple, that help to run the XRP Ledger network.

Admirers of Bitcoin could be forgiven for searching for quicker alternatives, especially with the variety that now litters the cryptocurrency industry. With a new Bitcoin block added every 10 minutes and real-world transactional viability only being offered via layer-2 solutions, such as the Lightning Network, it is sensible to consider more efficient options.

Although the cryptocurrencies listed above are all faster than Bitcoin for wallet-to-wallet transfers, it is important to research, evaluate, and understand the fundamental aspects of each. Is the associated cryptocurrency accessible? Is there liquidity within the market to cash out? Is the network decentralized? All are crucial when trying to determine which cryptocurrency will be faster to send monetary value other than Bitcoin.