Home
Bitcoin
What Is The Bitcoin Halving?

What Is The Bitcoin Halving? 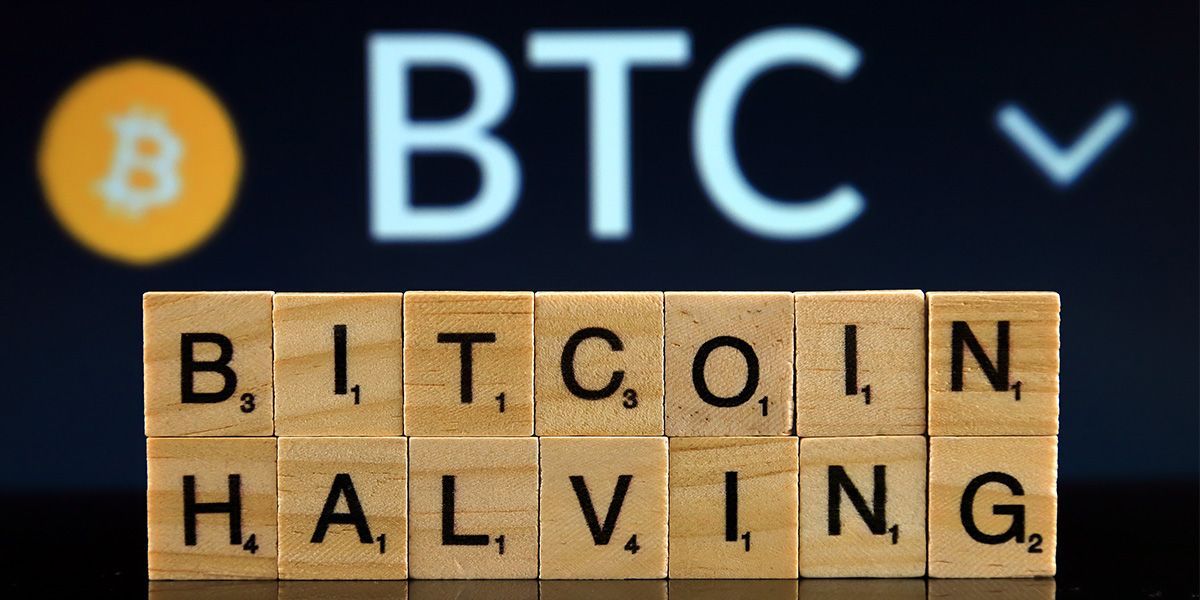 Everybody has heard about Bitcoin, but not everyone fully understands the technical substrates of how Bitcoin works and how new coins are generated. 21 million Bitcoins are in existence, a set of network rules establish the pace at which new Bitcoins are awarded to miners. This article elaborates on how Bitcoin halving impacts the price and value of bitcoin and why it occurs.

What Does The Bitcoin Halving Mean?

Bitcoin halving or "the halvening" is the process through which block rewards are cut in half, decreasing the number of rewards miners receive for each mined block. The halving process was developed by Satoshi Nakamoto after the genesis block in 2009, serving to moderate the speed at which new bitcoins are released in the network. Moreover, the large block size of 50 BTC, following the first years of Bitcoin's deployment, incentivized users to add hashrate to the network by receiving higher rewards.

The Bitcoin halving ensures miners continue to be incentivized and contributes to Bitcoin's monetary policy of guaranteeing a self-checked inflation rate. Thus, issuing too many Bitcoins too soon decreases the value of the network, endangering the network's long-term security.

Bitcoin mining entails users using machinery to solve complex mathematical computations to ensure Bitcoin's network stability. In return, miners are rewarded with what is called "block rewards." Miners can mine a block every 10 minutes, and each block contains 6.25 BTC which is distributed among members.

Mining is the process through which transactions in the form of blocks are added permanently to the blockchain. Although block rewards have decreased, the number of network hashrate has increased. At the time of writing, the network hashrate is 157.3M TH/S and peaked at 198.8M TH/S, meaning demand for block rewards is growing exponentially.

Miners pool their resources into a Bitcoin mining pool to increase the likelihood of solving complex mathematical equations and verify the network transactions in exchange for a block reward. Mining required the use of high energy-dependent ASIC machines. As more miners enter the network, mining difficulty - the ease through which a block can be found - decreases based on parameters already established by the network.

What Is The Impact of the Bitcoin Halving?

Bitcoin halving forms new miner-network dynamics. Miner's rewards are cut in half from the get-go, meaning they lack incentives to continue their network contribution. However, reports show that miners' activity influences how Bitcoin markets behave as it drives the price downwards when miners are taking profits, similar to the events following the Chinese mining ban in May 2021.

A halving positively influences how miners and investors perceive the value of the asset. Miners will become less likely to sell their tokens at below floor price, and supply and demand dynamics will boost the price of Bitcoin because the network will issue fewer tokens. Halving impacts the inflation rate and the number of tokens that enter the market. Bitcoin is an inflation-free asset, and that is why it gained popularity as a "hedge against inflation." In addition, as Bitcoin becomes harder to mine, miners will be reluctant to sell Bitcoin, which helps to increase the value of a token through market demand.

What's more, is that as block rewards will shrink. For miner's the price of producing 1 Bitcoin will double; however, one Bitcoin will become more valuable as fewer Bitcoins will be available to exchange on the market. Thus, halving adds a market impulse as it helps reinforce the scarcity narrative, driving up demand for an asset that is costly to obtain and expensive to trade.

Halving impacts network activities due to a decrease in the number of network miners because they lack financial incentives for participation. Diego Gutierrez Zaldivar, CEO of IOV Labs, noted that price pressure is caused by institutional investors who seek to keep prices lower and is not caused in totality by miners who seek to take profits. Thus, institutional investors recognize that the value of Bitcoin increases as scarcity and high production costs raises the price threshold for "digital gold." Although no BTC tokens are burned during transactions, Bitcoin becomes a deflationary-emission asset by default because Bitcoin's code established the rate of new tokens issued and available on the market.

What Happens When The Halving Occurs?

When "halving" is completed, miners receive only half of their previous half reward for the upcoming four years. Furthermore, to prevent disinterest in mining the protocol self-adjusts the network difficulty to add more financial incentives for miners to continue to secure the network despite lowering the block rewards.

However, following the third Bitcoin halving, reports show that the network has experienced transaction delays. Additionally, it shows that difficulty decreased from 16.1 trillion to 15.14 trillion as the network adjusted to accommodate new miner specifications. Thus, the network is balancing itself out through a difficulty adjustment to amend miners that have exited the global hashrate.

How Many Bitcoin Halving's Have Occurred?

Since 2008, there have been a total of three Bitcoin halvings each taking place every four years. The first halving took place in 2012, followed by 2016 and ultimately 2020. Each halving occurs at block 210,000 blocks. While block times are pre-determined by the network's code, the physical time varies based on factors such as difficulty drops, total network hashrate, and miner fallouts, which influence average block completion time. 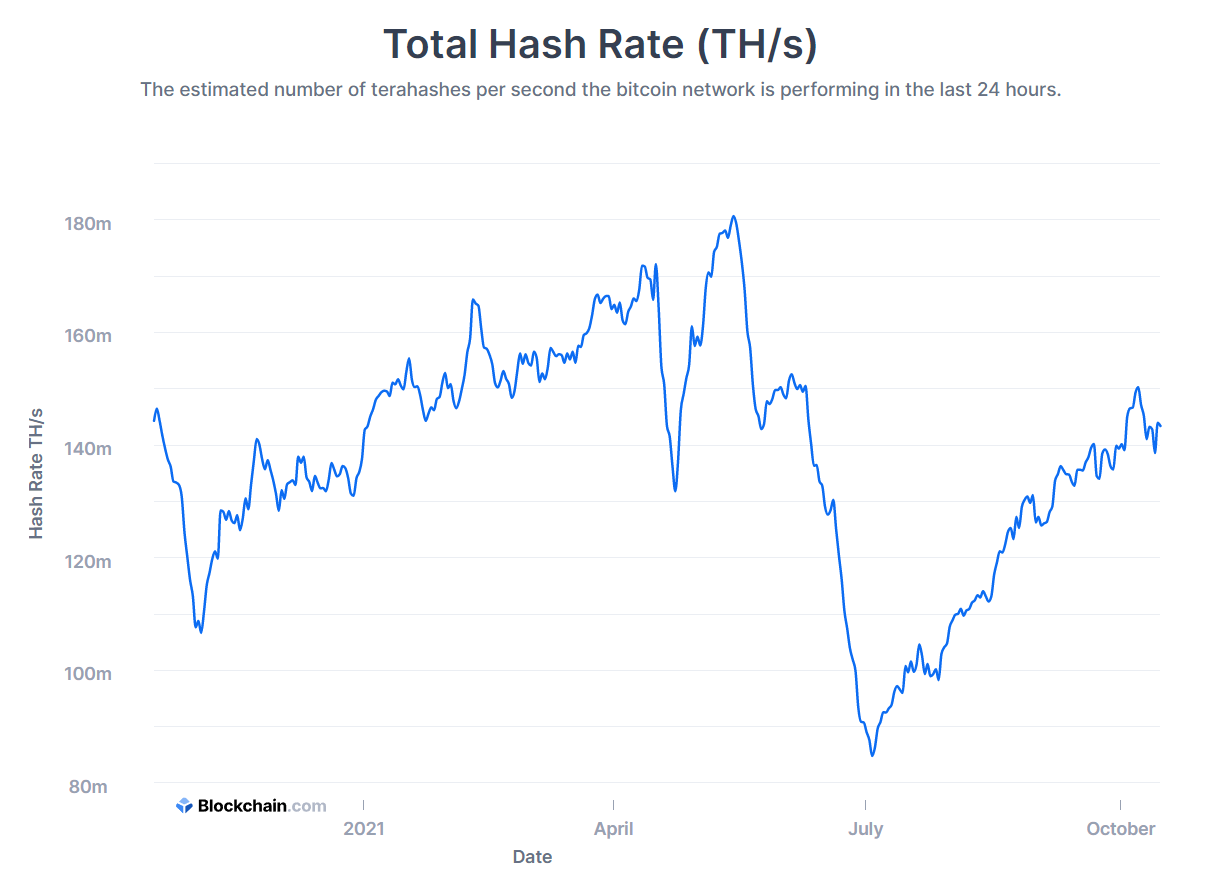 In July 2021 after the Chinese miner exodus, the average block time hit the lowest level since 2019. As a result, the average Bitcoin block time on a 168-hour moving average increased from 10 minutes to 19:28 minutes, nearly doubling. Moreover, previous halving's have shown that average block times increase from 600 seconds on average to 800 seconds as the network adjusts the mining difficulty. Thus, halving times have a margin of error and influence future halving times.

In the long term, Bitcoin's hashrate is stabilizing after every halving. Thus, the average block creation time registered on Bitcoin.com goes below 10 minutes averaging between 9 and 10 minutes.

When's The Next Bitcoin Halving?

Can The Halving Effect The Bitcoin Price?

There is no direct relation between the halvening process and an immediate and noticeable effect on Bitcoin's price. Furthermore, Bitcoin's volatility does not indicate how halving directly impacts Bitcoin because other economic and social factors can influence the price of Bitcoin.

Seeing how a halving might decrease the miner's interest as block rewards are cut in half, there are no indications that a drop in hashrate equates with price fluctuations. Moreover, there is no selling pressure from miners because they realize how Bitcoin's value increases when BTC network emissions decrease, making a BTC token twice as valuable in the future.

With new institutions adding additional capital into the market, price variations following a halving will decrease substantially. It is expected to decrease even more as markets become more regulated. Further institutional capital will be pumped into crypto markets as they become more stable which will further add to the reduction in supply that has led to a Bitcoin price prediction of more than $100,000 within the next 12 months by industry experts.

Although there are indications that Bitcoin enters a 365-day bull run cycle after every halving, data suggests that such events are followed by a price drop-off. Moreover, there is no direct correlation between bear markets and the end of the 365-day halving cycle, and "crypto winters" can be attributed to other socio-economic factors, such as media attention and social media pressure.

What Happens After The Last Bitcoin Halving?

Halving is directly correlated to the mining process that ensures transaction validity and network security. In 2140, the last Bitcoin will be mined. Additionally, with no more bitcoins being distributed as part of the protocol's code, halving will no longer be performed on the network.

As no block rewards will be attributed after the last Bitcoin is mined, miners will only be incentivized by transaction fees to continue validating network transactions. Satoshi Nakamoto stated in the Bitcoin whitepaper that following the last bitcoin miner incentives, "can transition entirely to transaction fees and be completely inflation free."

Nonetheless, there are still more than 100 years until Bitcoin reaches its finite condition, and it is hard to predict how the network will evolve, seeing how other Bitcoin forks and Bitcoin upgrades have been derived.

Should You Be Concerned About Halving?

Bitcoin halving is an operation implemented at the core of the Bitcoin protocol to oppose a centralized financial system. Halving is a display of utter decentralization and helps the value of Bitcoin increased through a supply and demand dynamic. Historically, the price of Bitcoin has increased, and it is still expected to generate additional financial impulses before and after 2024.

In the long term, halving is beneficial for Bitcoin because it increases the scarcity level, leading to a growing demand for BTC tokens. The halving process should not be taken as a key indicator for possible upswings as it is not an accurate price indicator, as the crypto market fluctuates because of several external factors. 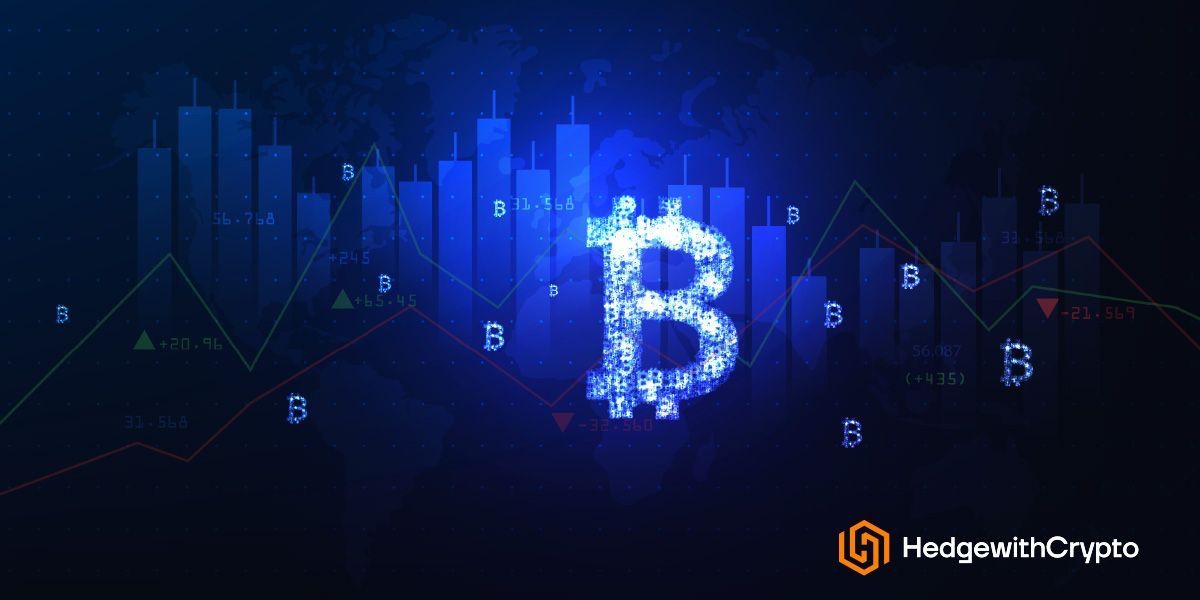 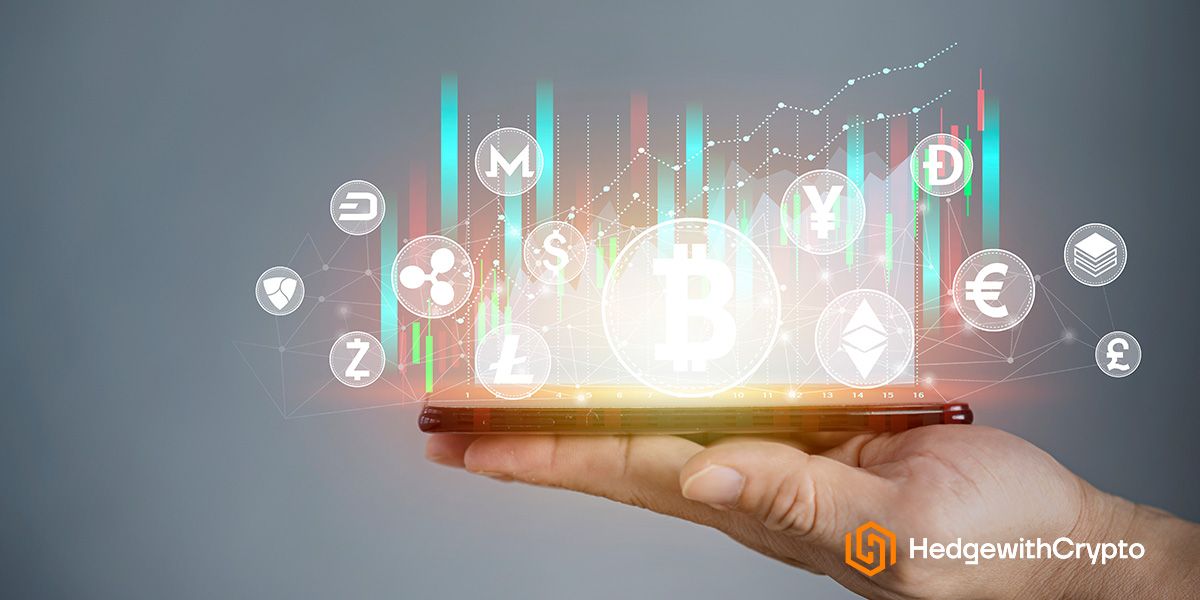 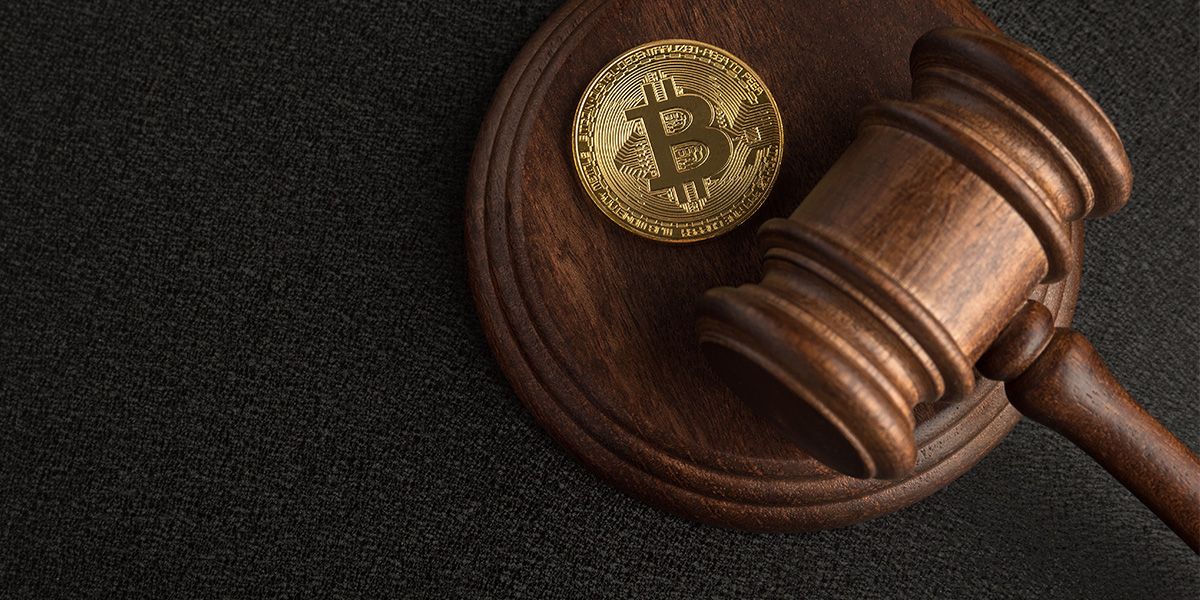 Countries Where Bitcoin Is Legal and IllegalWant to know the legal status of Bitcoin? Here is a list of countries Bitcoin is legal and illegal to buy, trade, sell or use as legal tender. 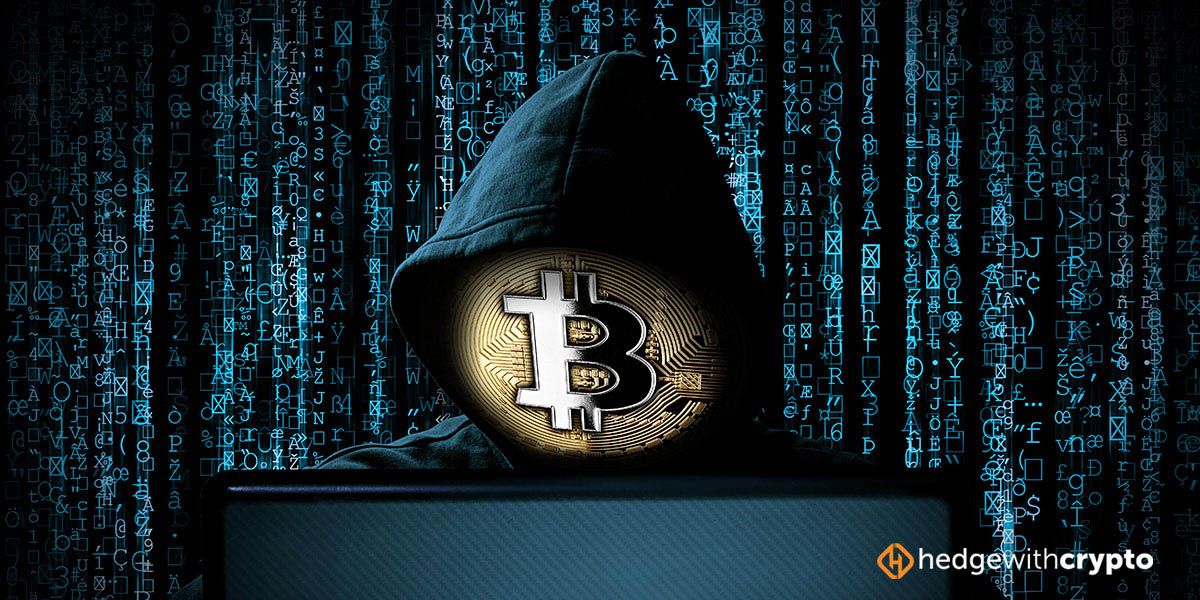 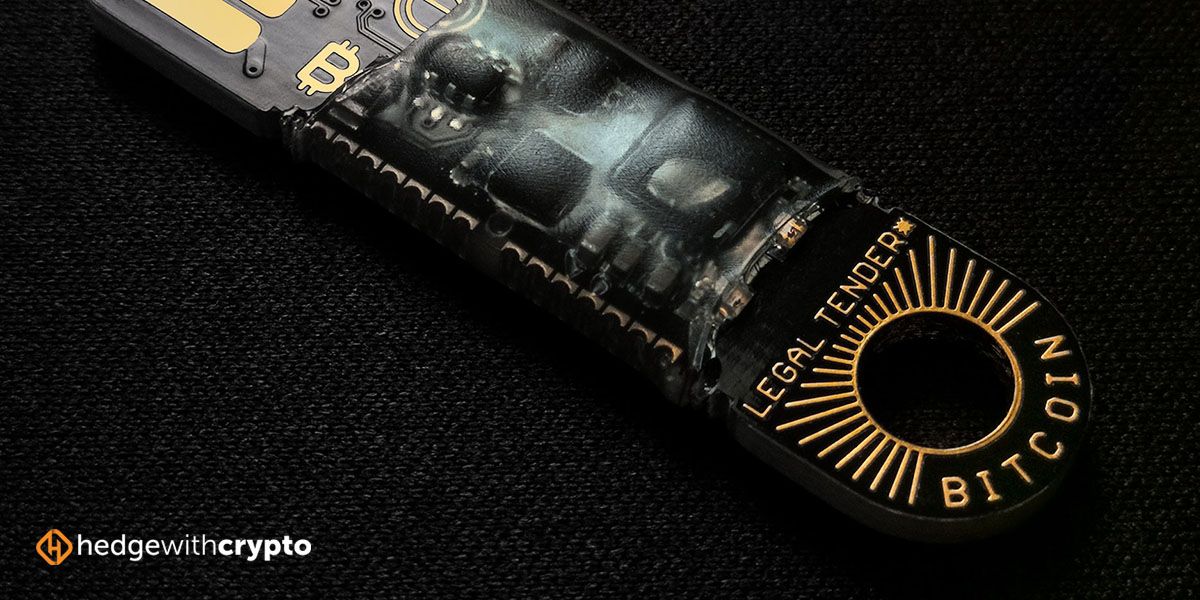 What Is A Bitcoin Private Key?New to investing in Bitcoin and want to know what a Bitcoin private key is? In this guide we explain the basics to keep your private keys safe.

Countries Where Bitcoin Is Legal and IllegalWant to know the legal status of Bitcoin? Here is a list of countries Bitcoin is legal and illegal to buy, trade, sell or use as legal tender.

What Is A Bitcoin Private Key?New to investing in Bitcoin and want to know what a Bitcoin private key is? In this guide we explain the basics to keep your private keys safe.